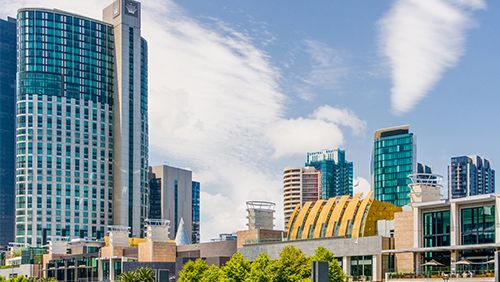 Now that the coronavirus has, relatively speaking, been brought under control, it’s time to get back to work. For the New South Wales (NSW) Independent Liquor & Gaming Authority (ILGA), this means restarting its investigation of Crown Resorts. The casino operator had come under fire for a questionable relationship with top figures behind Melco Resorts & Entertainment, which had caused its suitability to hold a gaming license to be brought into question. With the ILGA returning to action, one of the first orders of business will be the Crown scrutiny, which the gaming regulator says will get going “immediately.”

Previously, the ILGA was more interested in the relationship between individuals connected to Melco and their interactions with Crown after Melco purchased almost 10% of the Australian casino operator a year ago. However, Melco has now backed down, selling its complete interest, which will allow the regulator to put aside its co-mingling concerns. The ILGA said in a statement from Tuesday that it had made a decision that “all work of the casino inquiry will resume immediately.” Most of the Inquiry’s work was deferred in April 2020 in light of the COVID-19 health and safety guidelines. After carefully considering the current COVID-19 situation, and Commonwealth and NSW Government advice and restrictions, the Authority considers it safe and practicable to resume the Inquiry’s work. Following changes in the ownership of shares in Crown Resorts by Melco Resorts, the Inquiry’s Terms of Reference have been updated. They will also shortly be posted on the Inquiry’s website at https://www.nswcasinoinquiry.com/.”

That update includes a shift to Crown’s worthiness as a casino operator. The company is working on the Crown Sydney in Barangaroo, which is scheduled to open sometime next year, and the ILGA wants to be confident that Crown is capable of continuing to run the $1.5-billion project. Reports that the operator had actively allowed cash to flow through its properties that was traced to drug traffickers, money launderers and war criminals have cast serious doubts over Crown’s ethics.

Those doubts were compounded by the interaction between Crown and Melco. According to an agreement Crown signed with the NSW Casino, Liquor and Gaming Authority in 2014, the company was prohibited from any contact with the founder of Melco, former chairman and CEO Stanley Ho. When Melco announced its stake purchase last year, it didn’t take long for gaming regulators to be concerned about the relationship. Ho died last month at the age of 98.