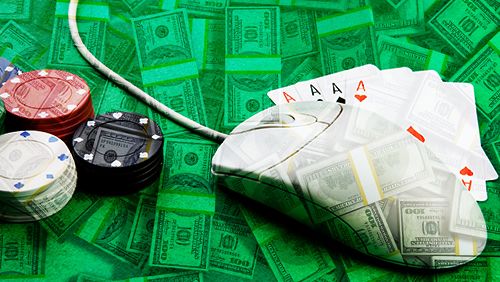 Even the best poker players in the world are human. This has been proved many times over the years, but one of the most famous examples was in the World Series of Poker of 2019. It wasn’t in a $1,000-entry shove-fest, either.

A year ago, Phil Ivey was right back in the thick of the action at the World Series of Poker Europe, getting to final tables and even running close to a bracelet or two. He didn’t grab one, as it happened, leaving him stuck on just 10 WSOP bracelets, tied for second place on the all-time list, but he will be remembered forever for one moment at the feature table of the €250,000-entry Super High Roller event.

Defending against the raise from Belarussian player Mikita Badziakowski, Ivey goes to put in a call, but instead ‘misclicks’ for almost half his stack.

The actual moment he does so is extremely funny, and even Ivey himself raises a smirk at what he’s done. There the moment where he puts in the chips, then looks at them as if they’ve changed colour in the palm of his hand. Ivey then looks closer at them, then realizes that he’s thrown in half of his stack on jack-six of spades.

Badziakowski is initially delighted, especially as he has raised with king-ten offsuit, a much better hand than many holdings that Ivey would naturally defend with. But this is Phil Ivey, it’s at the World Series of Poker and Badziakowski is in a quandry. Can he really click it back and set the poker legend all-in?

As the commentary team point out, if he does so and Ivey calls, it’s only a 62% to 38% advantage that the Belarussian has. Ivey, his perfect poker stare-down broken by a mistake he cannot camouflage is in a bad spot himself, but he knows that his opponent can’t be loving life either. As the hand progresses towards Badziakowski’s decision, it only gets funnier and more dramatic at the same time.

Can Badziakowski push the poker legend into the toughest decision of the tournament? Or will Phil Ivey’s wide-eyed smiling face somehow replace the stare as his most powerful weapon at the felt?

You can watch exactly what happens in the Super High Roller hand clash right here: