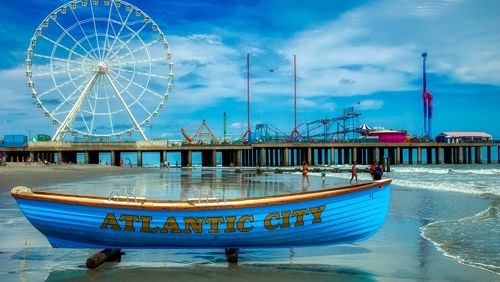 As the entire global casino industry is desperately trying to claw its way out of the crater caused by the coronavirus pandemic, one area has been hit particularly hard. Atlantic City, once a gambling mecca in New Jersey serving almost the entire eastern seaboard, has had a run of bad luck over the past several years, and COVID-19 only made things worse. In an attempt to help the city retain its remaining nine casinos and keep the number from shrinking, lawmakers in the Garden State have been exploring a couple of bills that would provide much—needed economic breathing room. As of this past Monday, the casinos are one step closer to having their wish come true.

As day turned into evening in New Jersey on Monday and Senate lawmakers continued to address an endless stack of legislative efforts, Senate Bill 2400 (SB 2400) was among the topics. Before the night would end, legislators would approve the measure by a vote of 28-4, paving the way for casinos in the state to get some relief on both their gross gaming revenue (GGR) tax liabilities and the annual fees they pay. The initiative is designed to both encourage casino operators to stick around and to offer incentives to bring in more customers to their venues.

For two years following the restart of operations, casinos could be off the hook for the 9.25% tax they typically pay on GGR. The final tax rate will be based on earnings compared to how they performed this past February, and the properties may not see the entire 100% reduction if they perform well. SB 2400 explains the reductions, in part, by stating, “(1) [For] each calendar month in which the gross revenues are less than 25 percent of the gross revenues for the same calendar month immediately prior to March 1, 2020, the gross revenues tax and investment alternative tax obligations shall be zero for each tax;

The tax liability will also be offset by subtracting certain gaming and incentive-based credits provided to patrons. In addition, the $500 fee the gambling venues have paid each year for each slot machine they operate has been removed from the books until the end of next year. Parking spaces and occupied hotel rooms that typically incur daily government-led expenses will now be fee-free until the end of 2021, as well.

While the Senate has said yes, the General Assembly still has to weigh in on the subject. There are obstacles remaining and not everyone is in favor of the measure. The Senate saw four “no” votes, but eight other lawmakers decided not to voice their opinion at all. Some believe there’s no room to offer any incentives to casinos because New Jersey is “as poor as it gets” already. However, without casinos, New Jersey’s domestic revenue plummets even further. Imagine another Detroit, Michigan.