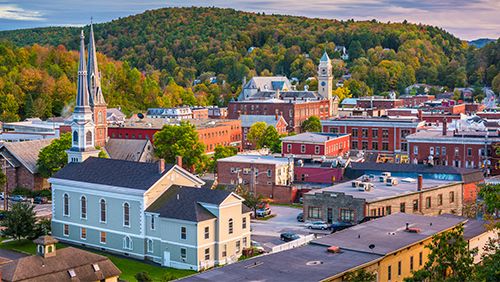 Back in January, Vermont lawmakers brought up the subject of legalized sports gambling in the state after two senators introduced a bill that would allow both land-based and online sportsbooks. It seems like a great idea, especially since some Vermont neighbors, including Rhode Island and New Hampshire, have already gotten on the US sports gambling bandwagon. However, the process is moving slower than the maple syrup the state is known for. Lawmakers are now discussing a bill that would allow the state to explore the feasibility of sports gambling and what options should be included.

It isn’t enough that Europe has had sports gambling for decades or that several states in the US have already conducted numerous studies on the subject of legalized sports gambling. Vermont now wants to direct more money to investigate the activity, which will result in the same findings – legal sports gambling is a moneymaker and doesn’t lead to massive amounts of gambling addiction. By some accounts, the percentage of those who could be considered “problem gamblers” in the US only makes up about 2% of the entire gambling population.

Still, lawmakers have to be able to run through the motions, and the Vermont Senate unanimously approved last Friday the creation of a committee that will work out the details of how to tax and regulate sports gambling in the state. Unfortunately, that was just the second reading – another one had to be held yesterday before the bill made its way to the House if it’s approved.

As everyone already knows, except, apparently, lawmakers who don’t stay on top of the news, sports gambling is already happening in Vermont, just like it is everywhere else. Legalizing it only means that the state will be in a better position to profit from the activity, as well as to create oversight to ensure addiction doesn’t become a problem.

Senator Michael Sirotkin, one of the bill’s sponsors, explains, “Many of the bets being placed in Vermont now are going to our neighboring states and into other countries, including a lot of sites in Canada. If we want to move sports betting to a legalized, regulated and tax approach, we need more information about the real-world track record of this activity and our own analysis of our different ways to structure a tax and regulated system.”

The new committee would include Vermont’s Attorney General, the Commissioner of Taxes, the Secretary of State, the Secretary of Commerce and Community Development, the Commissioner of Liquor and Lottery and two members of the Senate and two of the House. If any of the officials can’t participate, or doesn’t want to, he or she can assign someone on the staff as a proxy. The idea is to come up with suggestions on how to tax the activity and what types of wagers should be allowed.

Some states have been able to move from bill to law within just a few months; however, this won’t be the case in Vermont. The panel won’t have to report its findings to two committees, the House Committee on General, Housing, and Military Affairs (HCGHMA) and the Senate Committee on Economic Development, Housing, and General Affairs, until December 15.

According to media outlet VTDigger, the odds of the House approving the bill are long. Representative Tom Stevens, who chairs the HCGHMA, is quoted as saying, “I don’t know if this is the right time for it. At a time when many Vermonters are losing their jobs or just on the edge, precariously financed. And when sports aren’t being played, I’m not sure this is something we need to consider too quickly.” Given that the committee is only exploring the options and has until almost the end of the year to report its findings, “too quickly” must have a completely different meaning for Stevens than it does for most people. Besides, at this rate, it would take the state at least two more years to finalize any sports gambling legislation.