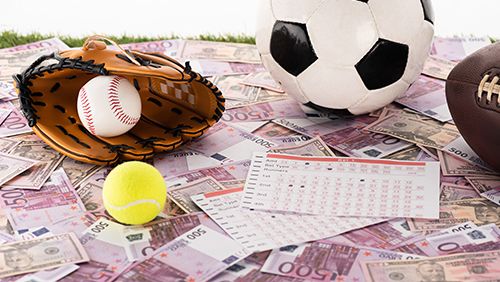 It seems to be working for Rhode Island, New Hampshire and other New England states, so Vermont is now considering getting in on the sports gambling fever sweeping the U.S.. Two state senators have pre-filed a bill that would allow Green Mountain State residents to place wagers on different types of sporting events and they had the foresight to include a much-needed component of the activity – mobile sportsbooks.

Senators Michael Sirotkin and Richard Sears drafted their sports gambling bill, S.213, and prefiled it this week, hoping to see the state capture some of the revenue that is currently going to other states and the black market. The legislation creates almost exclusively a mobile industry, given that the state has no existing casinos or gambling facilities of any kind.

The idea of legalized sports gambling in Vermont is met with mixed emotions. The state has no professional sports team and even its anchor university, the University of Vermont, doesn’t have a football or a basketball team. However, the state is a popular haven for residents of nearby states, such as New York and New Jersey, who are looking to escape the grind and live at a slower, calmer pace. Given the fact that individuals from those two states are often huge sports fans, the desire to be able to wager on the activity has been slowly bleeding into Vermont.

Should S.213 be approved as it stands, the provisions are in line with what has been seen in many other states. Licenses can be purchased for $10,000 a year and the operators would have to pay 10% in tax on their gross gaming revenue. In the event a sportsbook has a bad month and takes a loss, those losses can be deducted from future tax obligations. The bill also allows daily fantasy sports, which would cost $5,000 per license and be taxed the same as sports gambling.

New Hampshire, Vermont’s neighbor to the east, only just launched its sports gambling activity at the beginning of the year when Governor Chris Sununu placed an inaugural bet on the New England Patriots to win the Super Bowl. Lawmakers in the Green Mountain State are almost certainly watching that market closely as it continues to grow. According to a recent tweet by Governor Sununu, “Over $3.44 MILLION was wagered in sports betting’s first week here in NH, with revenues directly benefiting public education in the Granite State. Demand is there, with over 16,000 new registrations in just 7 days. NH is happy to serve as the region’s go-to destination!”

Maine, another New England state, is also considerably close to launching sports gambling. The state’s governor, Janet Mills, has only until the close of business today to sign or veto a sports gambling bill that was approved by lawmakers. If she does nothing, the bill becomes law.