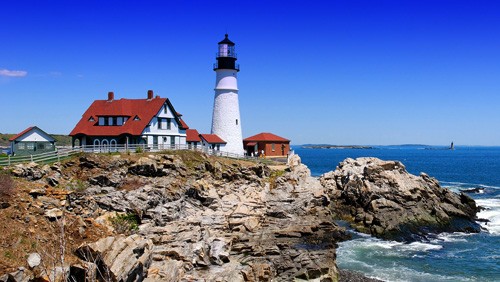 In April 2019, legalized sports gambling in Maine was “coming soon.” Soon came and went, and 2020 is now here. Maine’s legislative session gets underway starting January 8 and soon will take on an entirely new definition this time around, as the state’s governor is expected to sign off on sports gambling legislation by the end of the week.

Maine lawmakers passed a sports gambling bill, ME LD 553, in June 2019 and it has been sitting on Governor Janet Mills’ desk ever since. She seemed reticent at the time to sign off on the bill, but not so much that she was willing to drop the ax on it. When the legislative session ended, per the state’s Constitution, the bill was automatically put on hold until this next session. Per that same stipulation in the Constitution, she has three days to reach a decision.

Mills said last year, without going into specifics about her position on sports gambling, “The Legislature has passed a significant number of bills this session, and I take seriously my constitutional obligation to thoroughly review all of them, evaluate their implications and decide whether they are in the best interest of Maine people. I will continue to review these bills and gather more information, and I look forward to acting on them at the beginning of the next legislative session.”

At this point, there are two alternatives. She can sign off on the legislation or do nothing, in which case the bill becomes law. On the other hand, if she vetoes the bill, the entire process will have to start over from the beginning and a new sports gambling bill will have to make its way through the legislative obstacle course as it tries to successfully find the finish line.

Both retail and online sports gambling are covered by ME LD 553, which is a good thing, since online betting has already been shown to be very lucrative for those states that have authorized the activity. Also, like what has been seen elsewhere, online action will be taxed higher than will be the brick-and-mortar operations – 16% compared to 10%.

The timing of the launch of Maine’s legislative session couldn’t be better. New Hampshire just opened its sports gambling industry at the beginning of the year and has already seen a massive turnout. 6,000 people registered on the first day of the launch and over $250,000 has already been wagered, according to the New Hampshire Lottery. With Rhode Island and New Hampshire now offering sports gambling, with relative success, Maine is going to miss out on a substantial amount of revenue if it doesn’t follow suit.