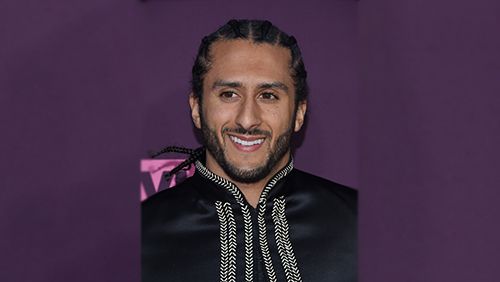 Colin Kaepernick was the quarterback for the San Francisco 49ers in the NFL a few years ago when he decided to use his popularity to draw awareness to perceived social injustices experienced by minorities in the U.S. He began to kneel during the playing of the country’s National Anthem, a move that didn’t sit well with diehard patriots and those who simply wanted to jump on the anti-protest bandwagon. When his contract with the Niners ended, so did his pro football career, as no team was willing to sign the “troublemaker.” After three years away from the league, it’s possible that Kaepernick could finally make a return to the field, and he is apparently gaining support from an unlikely place – the commissioner of the NFL, Roger Goodell.

The current atmosphere in the U.S., following the death of George Floyd, a black man, in the hands of white police in Minnesota has reached an aggressively feverish level, with people across the country demanding more equality and social reform. At the same time, there has been the revelation that Kaepernick may not have been wrong about the message he was trying to convey, and there has already been talk that he might be able to return to football. Kaepernick’s long absence, by some accounts, has been caused by collusion by team owners who have conspired, together with the league, to keep him off the field.

The fact that Goodell would weigh in on the subject carries a lot of weight. If he had once been willing, behind closed doors or otherwise, to hint at the need to keep Kaepernick out of football, his public support for the quarterback’s return will be much heavier. He told Mike Greenberg of ESPN’s SportsCenter yesterday, “If he wants to resume his career in the NFL, then obviously it’s gonna take a team to make that decision. But I welcome that, support a club making that decision and encourage them to do that.”

The commissioner has already publicly acknowledged that the league was wrong for not taking more seriously the message Kaepernick was trying to send. Everyone was too quick to judge the protests as an affront to the flag and to the military, and wasn’t willing to consider the larger picture. However, it took the killing of two black men – Floyd and Ahmaud Arbery – by white men for people to understand how important change is to a great number of people.

Goodell would like to see Kaepernick become a type of ambassador for the NFL’s efforts to change its policies, as well. He explains, “If his efforts are not on the field but continuing to work in this space, we welcome him to that table and to help us, guide us, help us make better decisions about the kinds of things that need to be done in the communities. We have invited him in before, and we want to make sure that everybody’s welcome at that table and trying to help us deal with some very complex, difficult issues that have been around for a long time.

“But I hope we’re at a point now where everybody’s committed to making long-term, sustainable change.”