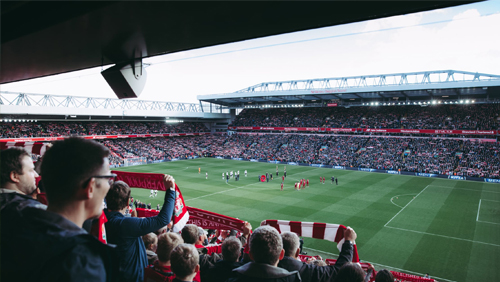 After weeks of waiting, not one but three major European football leagues will have live games this weekend, with La Liga and the Coppa Italia tournaments running on the same days as the German Bundesliga.

In Germany, much of the talk before the lockdown was how close Borussia Dortmund were to Bayern Munich, and how Jadon Sancho, Erling Haaland and Mats Hummels might help the yellow and blacks past their more decorated rivals.

Fast-forward two months and after a 1-0 defeat to Munich, Borussia Dortmund look doomed to finish a distant second place and with Haaland injured, they will rely more on Sancho than ever before, ahead of a summer where they will be lucky to keep him.

This weekends ties throws up a few pieces of value. RB Leipzig should be backed at 10/21 to beat Hoffenheim on Friday night, while on Saturday, Dortmund should easily see off Fortuna Dusseldorf, the yellow and blacks a very short 3/8 to win. Paderborn might throw a spanner in Werder Bremen’s spokes that afternoon, with the home team available at 11/5 to get the three points that delay what looks to be their inevitable relegation.

The Coppa Italia semi-finals this weekend are delicately poised. In the first legs of each tie, nothing was decided. Inter Milan lost at home to Napoli, a single Fabian Ruiz effort shortly before the hour the goal that separates the two sides. In the other semi-final, Milan and Juventus shared the goals, drawing 1-1. It was 0-0 at half-time at the Giuseppe Meazza, but a Rebic strike just after the hour-mark looked to have given Milan a priceless lead as the clock ticked round to 90 minutes. Step forward Cristiano Ronaldo, the Portuguese genius, who levelled the tie with a vital late penalty to square the tie and leave all to play for in the second leg.

Napoli will go into the game high on confidence but with home advantage seen to mean little to nothing in the Bundesliga, won’t be guaranteed a path through to the final. Inter will have nothing to lose and with Mauri Icardi heading to Paris St. Germain on a permanent basis, the victory for Inter isn’t awfully priced at 11/8. That said, Napoli (16/9) are a tough nut to crack, and we like the draw on the night at 13/5 sending them through on aggregate.

Juventus are still outright favourites to win the Coppa Italia even though they didn’t win their first leg, and at 4/5 to lift the trophy, with Napoli 5/2, Inter 13/2 and A.C. Milan 8/1. Given a win for the Milanese will either see them face a derby or Napoli in the final, that price may be generous. We’d still say in the single tie that Juventus are rightful favourites to win at 4/7. The draw in 90 minutes, however, is 7/2 and we like that a lot. It happened last time and Extra time might be needed to find a winner.

In La Liga, Barcelona and Real Madrid have returned to action in training this week, with Lionel Messi making an emotional return to Camp Nou, the stadium he has lit up so many times.

This weekend, Barcelona travel to Mallorca with the Catalans two points ahead of their great rivals, Real Madrid. Barcelona are 3/10 to win, with Mallorca a massive 11/1, especially considering that the home side are battling against relegation.

Real Madrid are 5/19 to beat Eibar at home on Sunday evening, with the away side 12/1 to get the three points. The draw is 11/2 and might be good value, especially without the crowd at the Santiago Bernabeu.