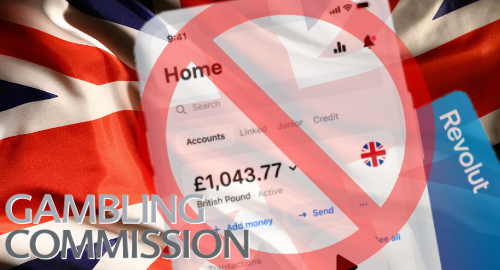 On Wednesday, the UKGC issued “guidance on credit card payments made through Money Service Businesses (MSBs).” The UKGC apparently felt the need to clarify that when it said it was banning gamblers’ ability to fund their online accounts via credit cards, it wasn’t joking.

The UKGC said the intent of the credit card ban was to “maximize the levels of friction during the process of accessing and using borrowed funds for gambling” to protect consumers from racking up major gambling debts by spending money they didn’t have.

The UKGC said Wednesday that ‘electronic money institutions’ such as the UK-based Revolut have allowed customers to add money using credit cards, and thus UK-licensed gambling sites “must therefore put systems in place to prevent gambling payments from these products.” (Revolut banned such options for UK customers in April following the credit card ban.)

The UKGC warned licensees that they “will need to reject all payments made through such MSBs that have not developed a ‘block’ to prevent credit card deposits being used for gambling through their e-account or e-wallet facilities.” [Emphasis in the original.]

Earlier this month, UK media sounded the alarm over online gamblers funding their accounts via ‘pay-by-phone’ services such as Boku and Payforit. Some gambling sites allow customers to select this funding option, after which the funds – limited to £240 per month – are added to that customer’s mobile phone bill, effectively allowing customers to gamble on credit.