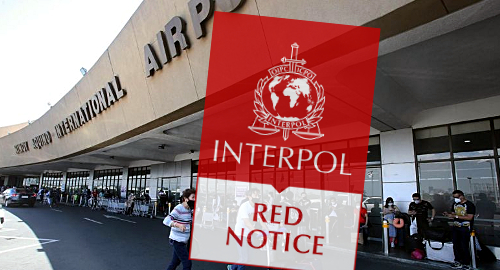 An was on the list because he and some other ex-pats had allegedly been operating an illegal online sports betting site from Manila since 2017 until March this year. The site, known locally as ‘Syrup, Milk, Butter, Sugar,’ targeted South Korean clients back home, leading authorities in Busan to put the offenders’ names on Interpol’s red list.

An was also caught with stolen travel documents but BI officials allowed him to board his plane after alerting their South Korean counterparts, who arrested An once his plane arrived in Seoul. If convicted, An faces up to 10 years behind bars.

(The timing may be coincidental, but Tuesday saw Korean media publish a warning from the state-run sports lotteries Sports Toto (pari-mutuel) and Sports Proto (fixed-odds), reminding bettors that all wagering not offered by the state is illegal and that patronizing such sites could result in punishment under the National Sports Promotion Act.)

The Philippines is more used to busting unauthorized online gambling operations run by Chinese nationals, including the 90-odd individuals arrested 10 days ago at a budget motel south of Manila. Acting on a tip by concerned locals, police seized over 50 laptops, 100 mobile phones and the equivalent of US$105k in cash.

Police continue to disrupt so-called ‘NOGOs’ – a play on the POGO acronym of locally licensed Philippine Offshore Gaming Operators – along with disturbing signs that some Chinese-led operations are not only sneaking in staff on tourist visas but also running underground medical clinics to test these staff for COVID-19 while staying off Philippine authorities’ radar.

On Sunday, Manila police rumbled another Chinese-run clinic – the sixth such clinic uncovered since April – on the second floor of a residential tower that has previously hosted scores of Chinese sex workers. The police have yet to confirm that this clinic was related to an online gambling operation, whether POGO or NOGO, or just keeping some working girls in working order.