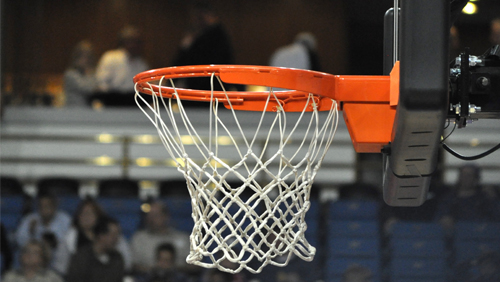 The NBA will resume its season at Disney World in Orlando on July 31 with 22 of the league’s 30 teams: The 16 currently in the playoff field in the Eastern and Western Conference and an additional six within six games of the final postseason spot in each conference. All 22 teams will play eight regular-season games each to set up seeding for the playoffs, which will be the usual format.

There will be a “play-in tournament” if any No. 9 seed is within four games of the No. 8 following the conclusion of the regular season. In that scenario, the ninth seed would have to beat the No. 8 twice in a row to earn the conference’s final playoff spot, while the eighth seed would need just one victory.

There had been rumors that NBA commissioner Adam Silver wanted to do away with a conference-based postseason and simply seed teams 1-16 by their regular-season records. It would have been the ideal season to do that because every playoff team will be in the same location.

The Milwaukee Bucks would have been huge losers if Silver did away with the conference-based playoffs because the Bucks’ Eastern Conference is incredibly weaker than the West. In theory, the Bucks might have had to beat both the Los Angeles Clippers and Los Angeles Lakers to win an NBA title. Now, that’s not possible.

Milwaukee has the NBA’s best record at 53-12, but obviously home-court advantage will not exist at the neutral site in Orlando. The Bucks are +300 second-favorites to win the NBA title. Not having a “home” playoff game also will be a disadvantage for the Bucks, who were 28-3 in Milwaukee.

The Lakers, who lead the Western Conference by 5.5 games, are +200 title favorites. If LeBron James wins a championship with a third different franchise (Miami Heat, Cleveland Cavaliers), he might have an argument to unseat Michael Jordan as the GOAT. Play at a neutral site might benefit the Lakers as they are an NBA-best 26-6 away from home.

The Clippers are +325 to win the first title in franchise history and appear on a collision course with the Lakers in the Western Conference Finals – which the Clippers have never even reached. The Clips still have to hold off the Denver Nuggets (+2200) for the West’s second seed, however.

The Toronto Raptors are +2000 to repeat as NBA champions, and they would be the East’s second seed as things stand. The club currently outside the playoff field with the shortest title odds is the New Orleans Pelicans at +8000. The NBA expanded the restart field to 22 largely in part due to the Pelicans because the league wants to showcase New Orleans rookie sensation Zion Williamson as much as possible.