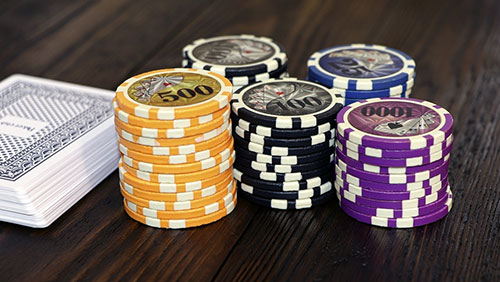 The weekend saw another charitable tournament played by celebrity poker players raise money for those affected most by the recent COVID-19 crisis.

The King’s Celebrity Poker Challenge was put on by the World Poker Tour on their ClubWPT Twitch channel and when the dealing was done, it was Seinfeld actor Jason Alexander who won the top prize of $50,000. With all the $125,000 raised at the final table going to World Central Kitchen courtesy of Budweiser, it was a final table that benefitted vulnerable families, senior citizens and healthcare workers on the frontline of the fight against Coronavirus.

With six players assembling online to play the event, there were superstars in every seat. As well as World Central Kitchen founder and chef José Andrés, Spanish NBA All-Star Pau Gasol, champion surfer Kelly Slater and Mad Men actor Jon Hamm also featured in the line-up, as well as actor and comedian Kevin Pollak, who would eventually lose out heads-up to his friend Alexander.

With a 25,000 starting stack and blinds starting at just 25/50, there was plenty of wiggle-room in the opening levels and as such, the action took a while to become pivotal to the number of players at the table. That was a great thing, giving fans a chance to watch some of their favourite celebrities interacting and playing poker at the same time.

When the first bust-out happened, it was the creator of the World Central Kitchen, chef José Andrés, who was toast. Or perhaps French toast. Kevin Pollak got the better of him, and Pollak moved into a formidable lead, which still existed when Kelly Slater busted to Mad Men and Black Mirror actor Jon Hamm.

With Pau Gasol and Jason Alexander sitting some way below their opponents, an all-in clash between the two men proved pivotal as Jason Alexander’s resurgence in chips was at the expense of the surfing champion sat at the same table as the star of TV comedy Seinfeld and dozens of stage shows.

When Alexander used his stack to then eliminate Jon Hamm after the latter flopped top pair only to see Alexander’s set leaving him crushed, it was a heads-up battle to the finish. Going into the duel, Alexander had timed his run perfectly, holding 108 big blinds to his opponent’s 12 bigs, and that proved to be important. Pollak drifted to just seven big blinds, and was all-in with queen-ten of clubs. Alexander made the call when dominated, holding queen-nine of hearts, but a flush on the river was enough to flip the script and end the event in Jason Alexander’s favour.

Pollak was quick to credit his opponent after losing out on the win.

“It was a blast and it’s an amazing cause,” he told WPT’s Lynn Gilmartin. “I couldn’t be more proud of my friend Jason Alexander for taking the trophy.”

Alexander himself was just as deferential to any claim of skill on his part, not just on the stream, but on Twitter too after the event.

I got very, very lucky. So happy to have World Central Kitchen be the benefactor of my good day. https://t.co/lHZIZqHq1d

“It’s fantastic and God bless José Andrés,” said Alexander in the aftermath of his victory. With the $125,000 windfall for the charity courtesy of WPT partner Budweiser proving that the Kings of poker needn’t only be the champions at the felt, it was a great time all round and one that did a lot to raise fund and awareness of a charity at the heart of helping vulnerable people recover during incredibly impactful times.

Want to see how it all went down? You can watch a rerun of all the action right here: