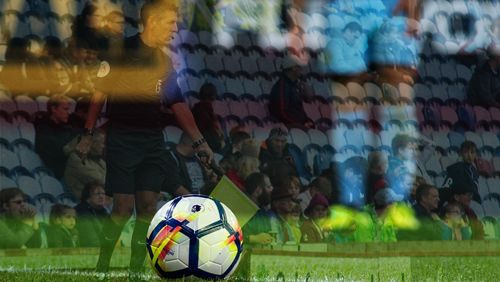 Germany’s Bundesliga may have been the first major soccer (or football, depending on which side of the pond you’re on) league to get back into action, but it soon won’t be alone. The UK’s Premier League announced yesterday that it now has a plan to resume games, and it should make soccer fans extremely happy. Not only will the season resume in a few short weeks, but every match is going to be broadcast live. Anyone suffering from soccer withdrawal will now be able to get a massive fix.

The Premier League will have been suspended for a total of 100 days when players finally get back on the field on June 17. The league’s “Project Restart” will have two games played on that day, with the rest of the season running almost non-stop starting two days later. The first contests will be Arsenal against Manchester City and Sheffield United against Aston Villa.

Richard Masters, the Premier League’s CEO, throws out a word of caution designed to keep everyone from getting overly excited, since Project Restart relies on the input of health officials and teams’ adherence to health policies. He explains, “Today we have provisionally agreed to resume the Premier League on Wednesday, 17 June. But this date cannot be confirmed until we have met all the safety requirements needed, as the health and welfare of all participants and supporters [are] our priority.

“Sadly, matches will have to take place without fans in stadiums, so we are pleased to have come up with a positive solution for supporters to be able to watch all the remaining 92 matches. The Premier League and our clubs are proud to have incredibly passionate and loyal supporters. It is important to ensure as many people as possible can watch the matches at home. We will continue to work step-by-step and in consultation with all our stakeholders as we move towards resuming the 2019-20 season.”

Still, it’s a huge step in the right direction. Provided everything is able to move forward as planned, 90 games will be played starting June 19, and no two games are going to be scheduled for the same time slot. Matches will be found every day of the week on both Sky Sports or BBC, and 25 of the games are going to be available free-to-air.

Sportsbooks didn’t waste any time taking advantage of the announcement. Lines were up in what seemed like only minutes, and sports gambling fans are ready to get back to business. Going into the restart, William Hill gives Man City -250 against Arsenal’s +600, but Aston Villa and Sheffield United are on more equal ground at +195 and +140, respectively. As far as who will take the title because it already held a substantial lead when play was suspended, Liverpool is still the favorite.