Home / Sports / The Bundesliga is back…but who will win the title? 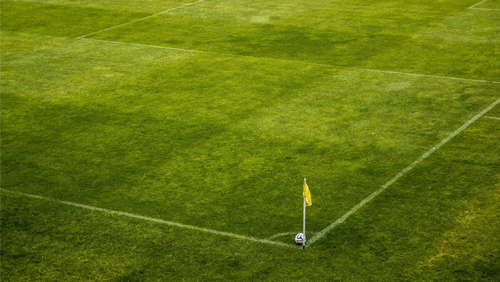 With just two days until elite-level football is back and the German Bundesliga returns, everyone is talking about the league where Jadon Sancho is the best player, Erling Braut Haaland is the most valuable player yet Bayern Munich sit at the top of the league.

While Robert Lewandowski leads the current goalscoring charts, an overwhelming 1/4 to maintain his current leading position until the end of the season, there are lots of other sportsbetting opportunities with which to fülle deine stiefel or fill your boots if you’re not a native.

Who will win the Bundesliga?

Bayern Munich kick off the final nine games with a four-point lead, but while that may make it look like they’re been in steady control since August, it’s been quite the opposite for the Bavarian champions. Until the turn of the year, they were in real trouble, and at one point sat seven points behind the leaders. However, 10 wins from their most recent 11 league games have put them in pole position to make it eight seasons in a row that they will have become champions and they are 2/9 favourites to do so.

RB Leipzig are outsiders at 10/1, sitting as they do in 3rd place, and Timo Werner’s rumoured move to Anfield, coupled with a sporadic pattern to their season’s results makes it seem like the battle is a two horse race between Bayern and Borussia Dortmund, who are in second spot as things stand. The black-and-yellow side are an 11/2 chance to win the league as things stand, but have players of huge talent who are able to win any game.

Momentum is everything in football and the enforced break from action at the elite level of European football could diminish the run of form that Bayern Munich were enjoying. Borussia Dortmund host Bayern Munich on 26th May and that fixture could yet be pivotal in deciding the fate of the Bundesliga title.

With U.K.-based broadcaster BT showing all nine gameweeks of the remaining Bundesliga games on their channels, British sports fans will undoubtedly be interested to see how their German counterparts deal with the re-establishment of their domestic action as the United Kingdom wait for figures to move in a positive direction around COVID-19.

The opening round of fixtures sees Bayern Munich travel to FC Union Berlin, with the away side highly fancied at 1/5. While RB Leipzig have what looks like another gimme in the shape of a home game against SC Freiburg (Leipzig will kick off as 1/4 favourites), Dortmund host Schalke in the Revierderby, a game they have a distinctly average record in.

While the latest odds have Dortmund as best price 5/9, with Schalke available to grab the away win at 11/2, the record between the two teams based on the Ruhr – hence the derby nature of the fixture – is remarkably close. Over the course of their time in the Bundesliga, Borussia Dortmund have won 33 times, with 30 draws and 32 victories for Schalke in the mix of those 95 games. The Revierderby has a unique history between two clubs separated by just 20 miles.

This re-opening weekend – and the vital fixture at the Westfalenstadion, which holds over 81,000 of the most passionate football supporters in the world – is sure to provide some clues as to the eventual destination of the Bundesliga title. The draw at around 3/1 is a great bet and with last October reverse fixture finishing scoreless after a fairly dominant display by Schalke, there really is a lot on the line.