Home / Poker / WSOP Gold: The importance of Moneymaker’s Riverboat against Phil Ivey in 2003 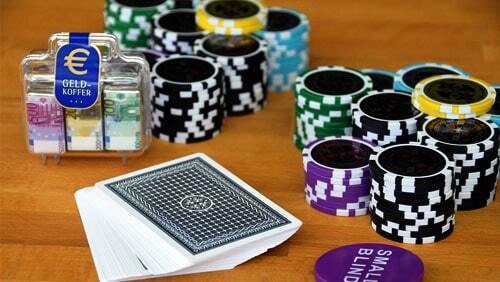 It made everybody feel like they had a chance to win.

Phil Ivey’s words in a 2013 interview with All-In Magazine are as true to this day as they ever have been. Ivey’s recollection of Chris Moneymaker’s incredible WSOP Main Event victory in 2003 are as important as anyone’s. After all, it was the WSOP and poker legend Ivey who Moneymaker eliminated in 10th place to set up the final table he would then go on to win.

In the crucial hand, the chips could well have gone into the middle pre-flop, as Ivey held pocket nines and Moneymaker ace-queen. On the double-queen flop, the money still didn’t go in, Ivey hanging in there, only to find a miraculous nine on the turn. It was then that Ivey got his man on the hook, Moneymaker taking the bait, committing his chips and setting Ivey at risk, the now 10-time bracelet winner flipping from being an 11% dog to an 83% favourite to win the hand from post-flop to post-turn.

An ace on the river would end Ivey’s Main Event, the closest the man revered by many as the greatest player ever to play poker. Moneymaker, stunned and delighted, punched the air. Ivey felt like he had the air punched out of him. The favorite was gone, and the amateur would push forward.

Moneymaker, of course, would go on to win the WSOP Main Event, taking home $2.5 million but more importantly – for the industry of poker at least – kick-starting a phenomenon known as the ‘Moneymaker Effect’, where poker enjoyed a boom that is still going on.

The importance of Moneymaker winning that hand cannot be underestimated. If Moneymaker loses that hand, i.e. makes the call for his chips on the turn then no miracle river arrives to save him, then Ivey would have had not only a lot of chips but likely control over the table. All the talk would have been of how amateur aggression can never topple know-how, the ability to drag in players when you know they’re behind, Ivey’s innate ability to read his opponents hands laid bare for many more hours across the final table.

Had Moneymaker busted in 10th instead, it would have told amateurs that hey, you can go so far, but no further. Whatever an amateur hopeful believed about their abilities, the footage would hang in the halls of the Rio and play out forever on a loop of the moment an amateur player ran out of luck against the seasoned pro.

In reality, of course, Moneymaker didn’t remain an ‘amateur’ for any time at all and today sits proudly near the top of the list of all-time ambassadors for the game of poker, and in particular the live scene we so dearly miss.

Moneymaker’s Road to the PSPC has convinced hundreds of thousands of players to consider playing poker for the first time. ‘If he did it, why can’t I?’ is an argument that propels real numbers into an entertainment industry.

Since that day, many amateurs have attacked bracelet events and major festivals with renewed hope of victory each time one succeeds. We can track it all back to the moment Chris Moneymaker hit an ace on the river to eliminate a poker legend from the WSOP Main Event, setting himself on the course to create poker history.

You can watch the iconic hand in full right here: