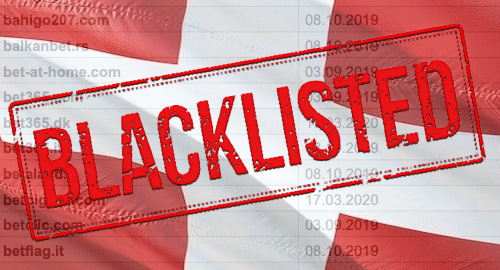 Switzerland’s online gambling blacklists continue to expand but its locally licensed operators’ revenue figures aren’t quite setting the world on fire just yet.

This week, Switzerland’s federal gaming board (ESBK) and the Swiss Lottery and Betting Board (Comlot) each updated their respective blacklists of internationally licensed online gambling operators that continue to serve local customers without local permission.

The ESBK’s first update since mid-March added 46 domains, pushing its total list to 218 scarlet-tinged sites. As usual, most of the new additions are sketchy Curacao-licensed online casinos, although a mirror of UK betting giant Bet365 made an appearance, the company’s fourth in total.

The traditionally more restrained ban-hammerers at Comlot added a mere 13 names to their existing 101, including the same Interwetten domain and OG online betting group Heritage Sports. Swiss internet service providers are now responsible for blocking access to all the listed domains, to which the operators will now add the number ‘1’ and the whole rigmarole will start all over again.

Switzerland has so far authorized seven of its land-based gambling venues to launch online casinos, although two of these only received preliminary approval three weeks ago. The returns from these online casinos were previously said to be covering only “a certain part” of the revenue the casinos were losing out after their venues were closed due to the COVID-19 pandemic.

We now have a slightly better indication as to how these casinos were faring up until the end of last year. The Stadtcasino Baden Group, which operates two online casinos, said earlier this month that its Jackpots.ch site, which launched last July, generated revenue of CHF6.3m (US$6.5m) by year’s end. The Casino777.ch site, which launched in September, generated CHF1.3m.

Rival operator Grand Casino Luzern, which launched its Mycasino.ch on August 22, brought in just under CHF9m in slightly over four months, confirming CEO Wolfgang Bliem’s recent boast that his site was the king of Switzerland’s nascent online market. By way of comparison, Luzern’s land-based gaming revenue totaled CHF38.6m for the whole year.