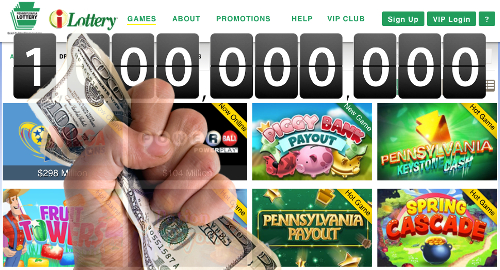 Pennsylvania’s online lottery sales have topped $1b in less than two years, and growth has accelerated in recent weeks under pandemic lockdown conditions.

On Monday, the Pennsylvania Lottery’s technology partner Scientific Games Corporation issued a public congratulation to the Lottery for “the most commercially successful iLottery online/mobile launch in North America.”

Pennsylvania’s iLottery made its official debut in the May 2018, offering a mix of traditional draw lottery products and instant win games that critics likened to slot machines. The iLottery’s first full year of sales totaled $381m but Sci-Games said Monday that total sales had now topped $1b ahead of the iLottery’s second birthday.

Sci-Games boldly predicted that the iLottery was “on track to top $1b in sales annually,” partly due to the fact that the iLottery is currently the only game in town. In late-April, Pennsylvania Lottery spokesperson Ewa Dworakowski told local media that sales of scratch-tickets and draw games were down by one-quarter following the closure of around 30% of the lottery’s 9,800 retail points of sale due to COVID-19.

Dworakowski noted that iLottery sales had risen over 30% in recent weeks, and Lottery exec director Drew Svitko told local media last week that 15k new players had signed up for the iLottery in April, a 50% improvement over March signups.

On Monday, Sci-Games claimed even larger pandemic gains, saying the iLottery sales were up 80% “current weeks vs. pre-COVID weeks” and further claimed first-time players had enjoyed a “200% uptick.” iLottery sales are reportedly averaging over $3m per day and the current daily online/mobile single-day high is $4.2m.

Only 13 states currently permit some form of online lottery sales and the pandemic has forced non-online states to suddenly reconsider their former objections, most of which were based on the misguided notion that online sales would unfairly cannibalize retail sales.

That hasn’t been Pennsylvania’s experience, as retail lottery sales were up 7.2% in the iLottery’s first year. Sci-Games claims this was at least partly due to its retail lottery affiliate program that rewards retailers for encouraging players to sign up for the iLottery.