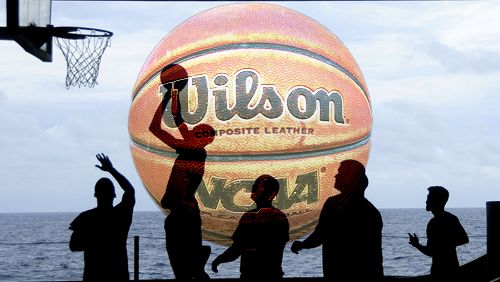 The sports world is already taking a huge financial hit because of the coronavirus and the stoppage of athletic competitions that is now in its second month. Billions of dollars are reportedly going to be lost because of the global pandemic, and anyone operating in the industry would definitely prefer to hang onto every dime they can. Unfortunately for Spalding Sports Worldwide Inc., a major manufacturer of sporting equipment for leagues around the world, it now has a huge void to fill. The NBA has, through a mutual agreement with the company, brought to an end its agreement on the supply of official league basketballs. Coming off the bench to make a return to the game is long-time rival Wilson.

Spalding, which was formed by Albert Goodwin Spalding, the inventor of basketball, and the NBA have been working together for the past 30 years when the company took over from Wilson in 1983. The decision to terminate the agreement is said to have been mutual, and Wilson will take over at the beginning of the 2021 season.

“The partnership will tip off at different times by league. The NBA Wilson game ball will first be used during the league’s 75th anniversary season in 2021-22. The other debuts will be during the 2022 WNBA season, 2021-22 NBA G League season, 2021 NBA 2K League season and the inaugural BAL season.

There won’t be any changes to the physical basketball specifications – the same leather and other specs will be maintained. The NBA and the National Basketball Players Association (NBPA) will work with Wilson, through a player advisory board, to provide suggestions, and engineers with Wilson will work alongside the board and product designers to create the new balls. Only the WNBA will be the exception, as the women’s league will continue to use a composite ball currently designated as the official ball.

Why Spalding agreed to the termination isn’t clear, and it certainly means a huge loss of revenue for the company. The previous agreement was worth at least $17 million a year and was a major source of income for the company. Wilson already has a lock on most high schools across the U.S., and also provides the official game ball for the NCAA tournament. Its return to the NBA marks a revitalization of the previous contract it had with the league, which had been in place for 37 years before handing the production over to Spalding.

Wilson Basketball GM Kevin Murphy states in the press release, “Our commitment to growing the game of basketball on the global stage is at the heart of Wilson and our new partnership with the NBA. Our passion for this game and the league runs incredibly deep, as does our history with it. And as we start this new chapter in the game, our focus and energy will be on supporting the league and the players, coaches and fans with the most advanced, high-performance game basketballs possible.”