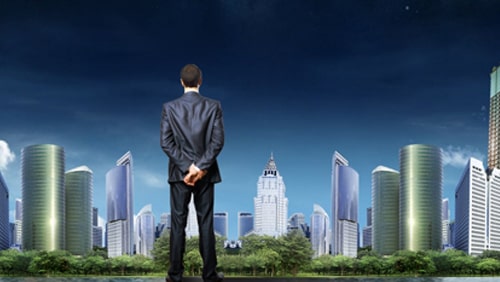 A physical ICE North America may not be happening this year, but a digital event can be just as good, and necessary. So in its place, Clarion launched ICE North America Digital on May 11, and with a couple of panels, and a keynote speech from Simon Holliday, Founder of H2 Gambling Capital.

Holliday began by noting how rare the current COVID-19 pandemic is. We’ve only seen this before in MERS and SARS, but they had only a fraction of the impact we’re now seeing. Even with SARS, which affected gambling in the Asian region, the impact was mitigated by the industry’s growth in other regions.

He noted that H2 Gambling Capital gave its first downgrade to the industry when Macau shut down earlier this year. The forecast for the industry as a whole is now at $376 billion in Gross Gambling Win for 2020, down 20.6% from $474 billion, and back down to 2011 levels. “We are assuming a returning to normality in most markets by Q4 2020 at the moment, which in reality might seem a little ambitious,” he said. In reality, it could be years before most things return to a sense of normalcy, particularly leisure businesses like the gambling sector.

He expects the effects will be hard for many, with more consolidation, acceleration to the move online, and operations trying to insulate by offering alternative products and innovation.

The conversation focused heavily on what the states will learn from the pandemic. Alroy was encouraged that people are shifting online without the option of physical casinos. He hoped the states will learn the value of having a diverse portfolio, and open up to more online and mobile options.

Similarly, Chemtob hopes that as an expected recession sets in, states will see gaming as a way to fill tax revenues, and as a way to have complimentary offering to land based casinos. He specifically looked to developments in Michigan and West Virginia as very promising for these prospects.

All of the panelists noted that there’s really no reason for this not to happen. Online operations have better access to data, putting them in a better position to police problem gambling cases. Iden was hopeful that, atleast in his state, they are starting to win over doubters that online gambling should be part of their regulated gambling space.

But what about lotteries? Next was a panel moderated by David Isaacson, Vice President of Spectrum Gaming Capital. He was joined by Gordon Medenica, Director, Maryland Lottery and Gaming, Lauren Walker, Director of Interactive Content at the Kentucky Lottery, and Ludovico Calvi, Presdident, Global Lottery Monitoring System.

Of course, retail sales are more difficult right now, but Medenica noted that iLotteries still have battles ahead too. Retail operators continue to fight against legalizing more online options.

But where online sales have been permitted, and existing products like the Mega Millions are put online, sales are modest. The controversy comes from instant tickets, which are closer to something like as lot offering, and scary to legislators.

In Kentucky, Walker noted that they’ve followed a different model, matching the payouts of retail offerings. This made it easy to get sales online, and atleast get the ball rolling.

Calvi agreed with Medenica and Walker, noting that retail shops see iLotteries as a threat. But he expects COVID-19 will push governments faster into the cashless space, and that’s a benefit to iGaming.

Isaacson then talked about how sports betting and lotteries offer very similar experiences, and wondered if this dynamic could be used to help lotteries expand. Medenica agreed, and hopes that once people in Maryland get used to mobile sports betting, lottery offerings should follow. Calvi conclude that the best path forward is to get lotteries to be omnichannel, combining lottery with sportsbook, but also combining retail operations with online counterparts.