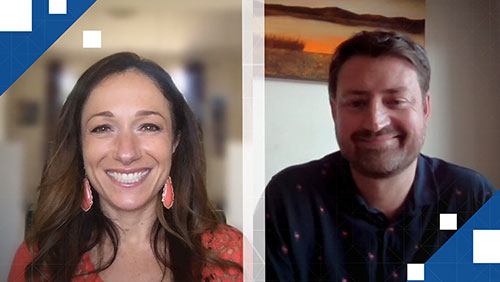 As 2020 pushes forward, more and more digital events are emerging, either as a replacement for what would have been an in-person conference or as a stand-alone event to keep the gambling industry connected while under lockdown.

SBC’s Digital Summit is taking place this week, next week we have iGaming NEXT’s “The Big Reset” kicking off May 4-6, the Virtual Mare Balticum Gaming Summit on May 7th, followed by Clarion’s ICE North America Digital May 11-15, a replacement for what would have been an in-person event in New Orleans.

“Unfortunately, we had to move ICE North America’s physical event to next year so we didn’t want to just leave it at that, we want to be able to still bring elements of the ICE North America that we were intending to do this year online and provide that to the industry”, Clarion’s Event Director Rory Credland shared.

“We got together quite a lot with our production team and our digital team and came up with a program that we think works and will cater for those in the American market”, he said.

“Its taken a lot of time to get together in the background but we think what we’ll deliver in a couple of weeks time will be what people want to see”, Credland added.

When asked what delegates can expect during the week of May 11th, Credland emphasized his team’s efforts to replicate as much as they can from a physical event to an online format.

“We’re looking at bringing a lot of panel discussions obviously, which you would naturally see on a physical event, but bring a few vox pops in, so one on one interviews, some fireside chats to an extent”, he said.

“There’s a focus around networking throughout the event but also for the finale, on the Friday, we’re trying to get everyone together to network and have video calls with each other”, he revealed.

ICE North America was originally a two-day event set to take place in New Orleans, but its digital version has been spread out over five days in an effort to accommodate for a wide spread of time zones, including everything from Europe to the West Coast and even beyond.

“We recognize that we couldn’t make it too long, we wanted to make it quite short and sharp, but still topical. People do have to learn and take away some important discussion points that I think that we will be addressing throughout the whole week”, Credland said.

The agenda focuses on key sectors in the regulated US market including iLottery, iGaming, Bricks and Mortar and also sports betting, featuring high profile speakers such as Seth Young of PointsBet, Michael Daly of Catenia Media’s VP of North America and Colleen Birch from the Cosmopolitan of Las Vegas.

“We’re quite excited, I encourage everyone to go to the agenda which is online on ICE North America Digital to find out more about it. There’s a lot of discussion points happening certainly on how COVID is affecting the industry, what we’re doing now and what its going to be looking like when we get back to normality as well”, Credland shared.

Similar to his peers at SBC and iGaming NEXT, Credland recognizes the value digital events will play in the conference organizing space, even after in-person events are up and running again.

“One thing we’ve discovered by doing this is that its quite an important information and educational tool for everyone”, Credland said.

“We’re traditionally exposition organizers and we think there’s still the important need for people to meet physically in that format, so I don’t think expositions are going away, I think what this will provide is probably an additional add-on to an event”, he said.

Credland envisions digital events adding value pre and post “in-person event”, so professionals can remain engaged in content over the course of the year as opposed to just over those two or three days while on the ground.

“I think there’s a complimentary product offering that we’re adding to the physical event which is important for us as well”, he said.