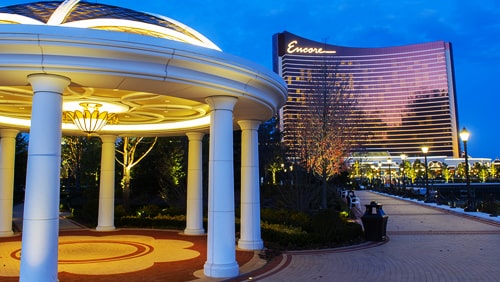 One can imagine that the feeling casino operators are experiencing due to the coronavirus-forced lockdown is similar to that felt by a prison inmate who knows that he’s about to be released, but who still doesn’t have a specific date for the end of his incarceration. The line continues to shift as state leaders revise their orders, and nothing is clear – only the assertion that, eventually, casinos will be set free. When that happens, Wynn Resorts’ Encore Boston Harbor in Massachusetts will be ready to welcome gamblers, but they won’t find that it’s business as usual.

In Maine, the stay-at-home order was just extended until the end of May, except for certain activity – gambling isn’t one. In Florida, the stay-at-home order will be lifted as of May 4, except for Broward, Miami-Dade and Palm Beach counties. Coincidentally, the three counties that enjoy the most gambling activity. Massachusetts was going to give state residents a get-out-of-jail-free card for May 4, but that has now been pushed back to May 18, much to the frustration of everyone in the state.

Still, everyone has made it this far, so waiting a couple more weeks isn’t the worst that could happen. Unless, of course, you’re a business not able to generate any income. Encore, which had started to rule the local casino scene before COVID-19 popped in, has seen its revenue nosedive. In March, the property reported gross gaming revenue of $20.5 million, which was a drop of more than 50% over the previous month’s figures. April is going to be even worse, with zero revenue expected. For a property that was just getting broken in and counted on the revenue to cover startup expenses, the financial impact has been heavy.

If May 18 rolls around and Massachusetts Governor Charlie Baker agrees to let things start to return to normal, Encore still won’t be out of the woods. Its plan for relaunching operations includes a number of measures that will prevent a run on gaming tables and slot machines for a while, impeding its ability to start capturing large chunks of revenue. For example, when patrons are able to step back onto the property, they will most likely find a couple of inconveniences, such as no valet service and an obligatory temperature check as they pass through the doors.

Additionally, once they finally make their way to the gaming floors, patrons could potentially find the number of gaming tables reduced by 50%, and those tables that are still in place will see fewer chairs. The slot machines will also most likely be rearranged, shifted in such a way that there are at least six feet separating the one-armed bandits on all sides. All of these ideas, which are still being finalized by the casino, would mean only a trickle of revenue compared to what was seen before.

That trickle implies that the casino begins to see action. When Macau reopened its casinos, the number of patrons could be counted almost on one hand, even weeks after the properties began welcoming guests. Given that facemasks are most likely going to be mandatory in Massachusetts, this might continue to prevent a lot of people from wanting to venture outdoors. It’s amazing the amount of destruction an organism not even visible to the naked eye can do.