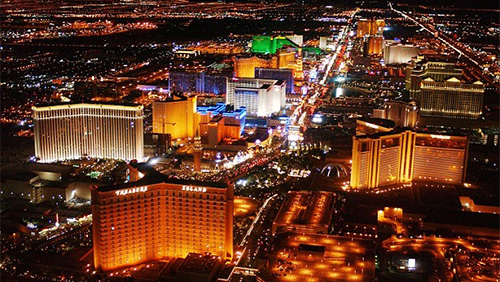 Las Vegas casino operators are going to have to be patient, and allow the COVID-19 pandemic to run its course a little longer. Governor Steve Sisolak, perhaps responding to those calling on him to start re-opening the economy, has declared that Nevada is in “Phase Zero,” and will need more time.

In a Carson City April 21 press conference, Sisolak announced he would extend the state’s shutdown, which was previously expected to end April 30. “We now want to move into a phase where saving lives and restarting our economy are not mutually exclusive,” he said.

The plan, state officials noted, is to observe 14 days of “consistent and sustainable” downward trends in the number of COVID-19 cases and hospitalizations, the Nevada Independent reports. With the state’s curve of infections still not entirely clear, experts note they’ll need a few more days to determine if they are on the downward slope. “We’ll be working to provide graphing material, as we move forward, and to be as transparent as we can,” Sisolak said

When pressed to provide a date the state might re-open, Sisolak refused, preferring to keep his options open. “The reopening needs to be flexible, because it’s going to rely on data, and this is a virus. There’s going to have some real time decision making, if we see a spike in cases.”

Calling the state’s current status to be in phase zero was a reference to the Trump Administration’s guidelines to re-open the economy in phases. Under those suggested steps, phase 1 of re-starting the economy could allow casinos to re-open. That has spurred Wynn Resorts CEO Matt Maddox to call on Sisolak re-open as soon as possible, with the intent of saving the economy. He went so far as to publish how Wynn properties would do so responsibly.

MGM Resorts International CEO Bill Hornbuckle joined Maddox in making public statements. He released a video on April 21, describing some of the company’s efforts, and his thoughts about the future.

In the video, Hornbuckle admitted that the hospitality industry would “likely change in the foreseeable future.” But unlike Maddox, the MGM boss addressed his company and staff more than the Governor, emphasizing everyone stay at home, stay safe, and “follow the public health guidelines, even when they are challenging.”

With Sisolak not showing any urgency to restart the economy just yet, perhaps Hornbuckle knew that if he joined Maddox in urging the governor to move, it would fall on deaf ears. But then, maybe MGM is just ready to realize this world is going to change, while Wynn Resorts is hoping to get everything back to how it was.