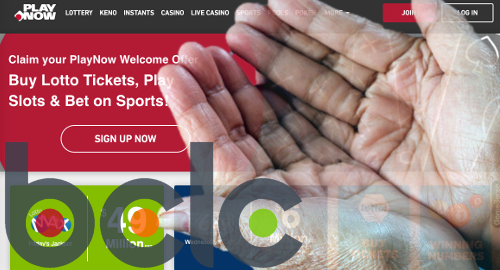 British Columbia’s gambling monopoly is being asked to share its online gambling riches with local municipalities now that the province’s casinos have all been closed by COVID-19.

On Tuesday, Arjun Singh, a councillor in the city of Kamloops, told his fellow councillors that an unidentified source at the British Columbia Lottery Corporation (BCLC) had told him that the Crown corporation’s online gambling site PlayNow.com had seen its business ‘increase significantly’ following the pandemic-related closures of BCLC’s casinos.

On March 16, BCLC ordered all casinos, community gaming centers and bingo halls in the province to close following directives issued by the provincial health authority. BCLC controls virtually all gambling in the province, although it farms out day-to-day operational control to third parties.

That closure has negatively impacted the finances of casino host cities like Kamloops, which has two shuttered gaming venues – Cascades Casino Kamloops and Chances Casino Kamloops – both of which are managed by Gateway Casinos & Entertainment Ltd.

The City of Kamloops receives 10% of the revenue generated by its two casinos, and estimates the city will lose around C$2m (US$1.4m) in revenue if the shutdown extends through September. That’s not an insignificant sum for a town with a population of less than 100k.

Councillor Singh noted that Kamloops derives no share of revenue generated by PlayNow and suggested the City “talk to the province about whether they could replace some of that funding we lost through the offline casinos.”

Singh noted that BCLC had the ability to determine where PlayNow’s customers were based and how much revenue the site was generating from local residents that otherwise would have gambled offline. Mayor Ken Christian reportedly said he plans to explore the issue.

PLAYNOW UNDOUBTEDLY GETTING COVID-19 BOOST
BCLC has yet to offer any comment on just how great a boost PlayNow might be enjoying due to the pandemic, but BCLC’s most recent annual report showed PlayNow generated revenue of nearly C$150m, a pittance compared to the overall total of C$2.6b, but online revenue grew by 25% from the previous year. So a ‘significant’ increase in online revenue sparked by the pandemic would be nothing to sneeze at.

BCLC recently announced that it was boosting its customer deposit limits by a factor of 10, a controversial step given that most markets are heading in the opposite direction. But BCLC is, for the moment, still largely self-regulated, and it justified the new deposit ceiling as a way to compete with internationally licensed online competitors.

On Monday, BCLC announced the re-introduction of its Advance Buy option, which allowed lottery players to purchase tickets for up to eight consecutive draws in advance. On March 25, BCLC suspended the program due to uncertainty about the pandemic possibly limiting future lottery draws.

BCLC has since decided to restore Advance Buy to minimize the need for players to visit a lottery retailer, which threatens the health of both players and merchants. Unlike its counterparts in Quebec, BCLC has yet to suspend retail lottery sales although it actively encourages BC residents to use its digital options for all their gambling needs.