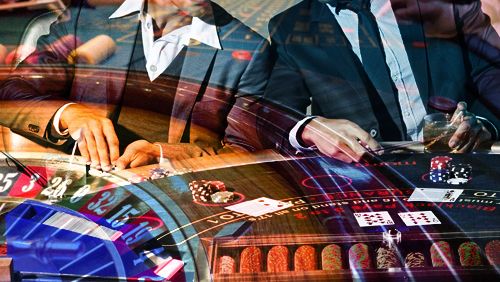 The Arkansas Racing Commission (ARC), the state body charged with overseeing casino licensing, held a scheduled meeting yesterday to address several important issues. One was undoubtedly how to recuperate revenue lost due to the coronavirus pandemic, but the members of the commission were still able to spend a little time finding a resolution to a long-standing argument over who should have the right to build a casino in Pope County. They worked out a game plan, and the two leading gaming operators in the battle will now face off and let the winner be chosen by the number of points they can earn in a final round of scoring.

State residents approved a measure in 2018 to allow gambling expansion in the state, with the county becoming one of the primary targets. However, controversy immediately set in when Cherokee Nation Businesses (CNB), working with Legends Hospitality, was awarded a license by the ARC almost immediately. That didn’t sit well with rival Gulfside Casino Partnership, who launched a legal attack to try to prevent the deal from moving forward.

A judge, Pulaski County Circuit Judge Tim Fox, determined that the ARC needed to take a second look at the licensing process and make a more informed decision based on the merits of each company. The ARC has taken the judge’s ruling under advisement, and is going to proceed just as he suggests. The commission will make a final decision on who wins the casino license sending the companies’ applications to be scored, with the higher score being ruled the victor.

Initially, five different casino operators had stepped into the casino license boxing ring, but three were almost immediately disqualified, leaving, initially, just Gulfside and CNB. The three that didn’t make it were sent packing after not fulfilling the requirements of the application process; specifically, not securing the requisite letters of recommendation as stipulated in the gambling expansion legislation. Gulfside was then also dismissed because its letters were signed by local elected officials who were no longer in office when the application was submitted. The ARC argued that this voided the letters and, subsequently, Gulfside’s application.

Judge Fox’s decision paved the way for the ARC to weigh its options – fight the ruling, which could lead to a larger court battle that would linger for more than a year, or accept it and allow Gulfside’s letters of recommendation to be included. It chose the latter, and an independent company will now dig in to begin the scoring process.

CNB isn’t too concerned about the upcoming duel, confident that it has the advantage. Given that Legends Hospitality is linked to Dallas Cowboys owner Jerry Jones since it’s one of his companies, CNB may be right. Chuck Garrett, CNB’s CEO, said of the new ACR decision, “We are extremely pleased with the Arkansas Racing Commission’s unanimous vote to accept our application. The decision to not appeal Judge Fox’s orders was completely within its discretion and understandable given the expressed desire to avoid further delay. We absolutely welcome the opportunity to have our company, its history and our application for Legends Resort & Casino Arkansas objectively scored and judged. We are confident the choice will be clear, as it has been in Pope County. Last night, the Atkins City Council joined Pope County Judge Ben Cross, the Quorum Court and four other Pope County cities when it voted for its Mayor to write a letter of support for CNB. We look forward to earning the Commission’s support on our merits and fulfilling our commitments to Pope County and the State of Arkansas.”

Gulfside weighed in, as well. Through its attorney, Lucas Rowan, the company asserted in a statement, “Gulfside is pleased the issue of our eligibility is now settled. We remain firm in the belief that we are the best choice for Pope County and for Arkansas, with 500 more permanent jobs and $10 million more in annual gaming tax revenue, all kept in state. We look forward to continuing to make the strong case for why we should receive the casino license.”