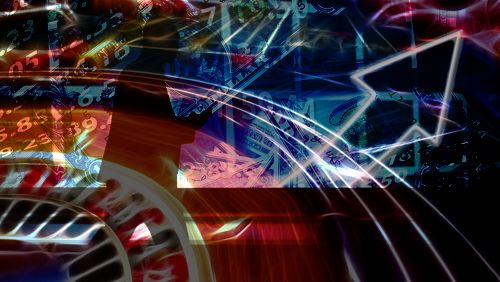 It’s highly unlikely that government officials in Arkansas anticipated such a massive negative response to the idea of putting a casino in Pope County, but that’s what they’re getting. In hindsight, the writing was on the wall when state residents approved casino expansion in 2018 – Pope County dwellers overwhelmingly disagreed with the idea. Since then, several ideas have been floated about how the casino development could be rolled out before the Cherokee Nation Businesses (CNB) and the Arkansas Racing Commission (ARC) struck a deal. That agreement only added fuel to the fire and resulted in several lawsuits against the gaming regulator, but these didn’t stop the plan completely. Now, the ARC is expected to meet today and the subject of a casino in Pope County is most likely going to be the center of attention.

The CNB had worked out a deal with Legends Hospitality, a company included in the portfolio of Dallas Cowboys owner Jerry Jones, for the gambling property and the plan was then accepted by the ARC. However, some people complained that the commission hadn’t followed proper protocol and that the approval of the project was unconstitutional. A judge has already thrown out that argument, but the ruling didn’t stop the anti-gambling groups, such as Citizens for Pope County (CPC), from continuing their fight.

Exacerbating the situation was the fact that another company, Gulfside Casino Partnership out of Mississippi, wanted a Pope County casino and submitted its own official complaint over the CNB/ARC arrangement. The entity had tried to argue that the decision to award CNB the deal was unfair and hadn’t allowed for competitive bids, adding that it was the only company that was able to completely comply with the guidelines laid out in the state’s Amendment 100, which had authorized the gambling expansion.

Despite the court’s determination that the CPC’s unconstitutionality complaint wasn’t valid, the ARC was still found to have possibly not considered all the facts when it agreed to give the CNB rights to the casino. Pulaski County Circuit Judge Tim Fox reviewed the ongoing dispute last month and sent the CNB license application back to the ARC for further review.

That brings us to today and the ARC’s meeting. In addition to allocating time to discuss the impact COVID-19 has had on the state, the commission will most likely need to address the ongoing controversy and figure out the best diplomatic solution that will make everyone happy. That could prove to be a task more difficult than finding a coronavirus cure, as more than 60% of Pope County’s residents were adamant that they didn’t want a casino. As long as there’s an angle to exploit, opponents will continue to fight the attempts at putting a gambling venue in their backyard.