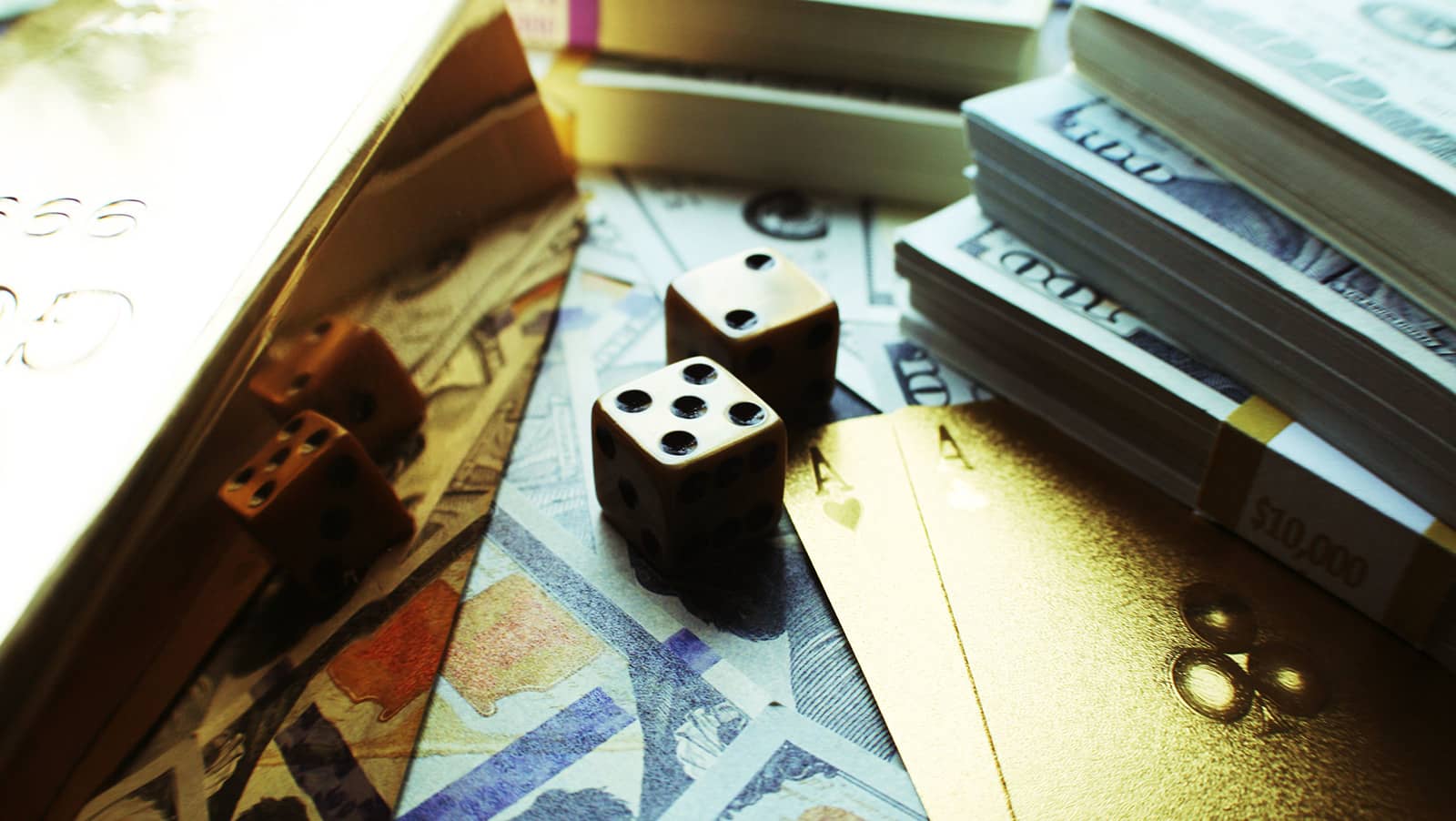 After some exciting action on the Run It Once Twitch stream, amateur player Bob Vance won the 32-player Charity Event which raised money in the fight against COVID-19.

Taking on popular poker professional Marle Cordeiro, it was Vance who claimed the win and the trophy – though that wasn’t the only prize he won or all the drama that happened as a fun event built to a crescendo.

The final rounds of the Run It Once Charity Event were as exciting as tonight’s Galfond Challenge finale against VeniVidi in the final session is guaranteed to be, with the latter just €8,000 ahead going into the last 600 hands.

With eight players left, the two professional players of Cordeiro and Daniel Dvoress met, with the former coming out on top. In the other half of the draw, those who made donations – from the eight largest to the eight random players picked for having made a donation for as little as $1 – prevailed from the off.

Phil Galfond took the ‘L’ in the first round to ‘Thallo’, while Twitter Personality of the Year Jamie Kerstetter would beat ‘Xecese’ but lose her 2nd Round match to Brandon Young, who had already beaten David Tuchman and who would eventually lose in the semi-final to the eventual winner, Bob Vance.

Vance arguably had the hardest route to the final of any amateur in that he was taking on Ben Sulsky in the first round before playing who he knew was going to be an absolute legend of the felt in the 2nd round, with Dan Smith eventually getting the better of the late arrival in the hype stakes, Dan ‘Jungleman’ Cates.

Players such as both Greenwood brothers, Parker Talbot, Pavel Plesuv and former WSOP Main Event champion John Cynn all missed out on the quarter-final matches, too. While Sam Greenwood went one round further than his brother Luc, both men would lose to Coleman Whitsitt who in turn lost to Joseph Bradish.

Bradish made the second semi-final, but could get no further, losing to Cordeiro to set up the pro-vs-amateur final everyone probably hoped for. It was the outsider who won, however, and Bob Vance wins not only the trophy, but access to the A-Game Poker Masterclass, three months of Run It Once Training’s Elite plan, and three months of Run It Once Training’s Vision GTO Trainer too.

Oddly, we foresaw a little of the action in our Friday preview, when we wrote that the eventual winner might make a donation then get to say “I just knocked Dan Smith out of a poker tourney. Sure, he has $36.7 million in live winnings, but I’m one for one against him!”

Bob Vance defeated Dan Smith in the 2nd Round, before defeating Thomas Knowles, Brandon Young and finally Marle Cordeiro to win the COVID-19 Charity Tournament on Run It Once. Congratulations to Bob Vance, but a massive pat on the back to Run It Once, who once again have proved that donating money and having a great tie at the poker table can be fun for everyone. 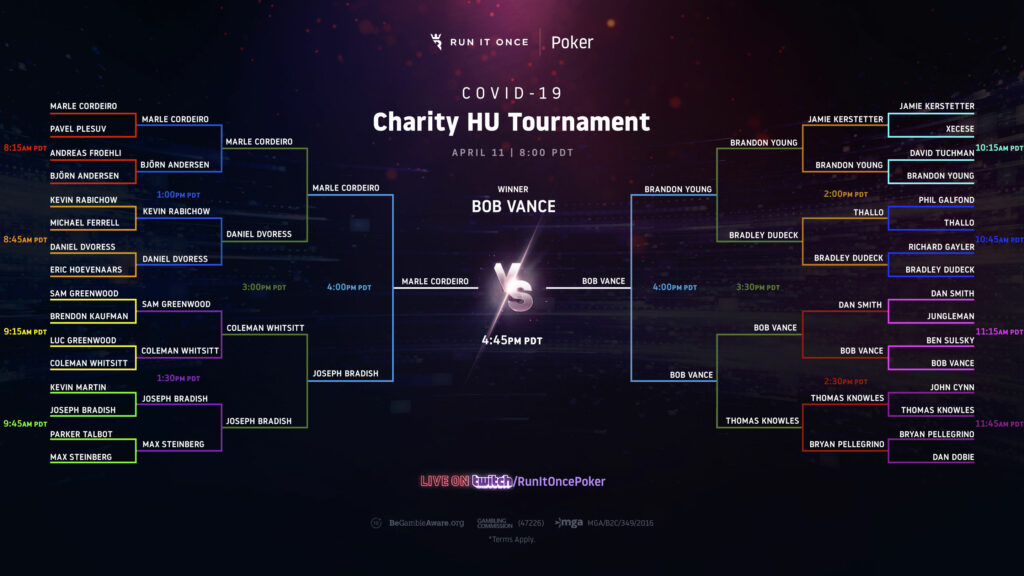