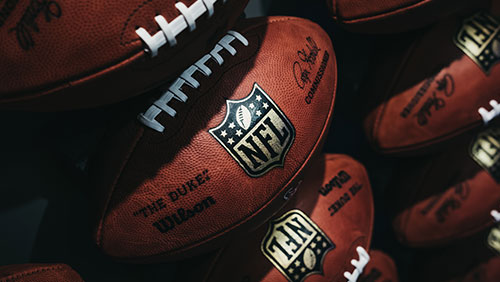 For the most part, NFL free agency is over. There are a few good players still on the market, Jadeveon Clowney among them, but none who should affect a team’s betting win total for the coming season. The NFL Draft, which begins April 23, might slightly affect a few teams’ win totals but only really those horrible teams who pick a quarterback. For example, the Cincinnati Bengals, who are expected to take LSU quarterback Joe Burrow at No. 1 overall.

Cincinnati won an NFL-low two games last season to earn that top pick and is currently given a 2020 win total of 5.5 – in theory, Burrow might push that up a half-win if heavy action all of a sudden flows on the over following the draft. That’s one important thing to note on win totals: Heavy action on either side will move the number a bit. These will be fluid until the season starts, but there won’t be any movement of two wins, etc., barring injury to a starting quarterback.

The Tampa Bay Buccaneers won seven games last season with Jameis Winston as their starting quarterback and are set at nine for 2020 after signing Tom Brady in free agency. The Bucs are taking heavy, heavy action on the over and that is a -160 favorite. Tampa Bay hasn’t won nine games since 2016.

Philip Rivers left the Los Angeles Chargers in free agency to sign with the Indianapolis Colts. Los Angeles was a huge disappointment last year with five wins and is given an over/under total of 7.5 with Tyrod Taylor as the team’s presumed starter under center. The Colts won seven games in 2019 under Jacoby Brissett (mostly) but are set at 8.5 with Rivers and the over is a -150 favorite.

The Kansas City Chiefs and Baltimore Ravens are tied for the highest win total at 11.5. Of course, the Chiefs are defending Super Bowl champions, and they have lost just one starter off their high-powered offense this offseason. The over is a -135 favorite for Kansas City. Baltimore led the NFL with 14 wins a year ago, but the under is a -135 favorite in 2020 for Lamar Jackson and company.

Which team is the early leader in the clubhouse to pick first in the 2021 NFL Draft? From a win total perspective, that would be the Jacksonville Jaguars as their total of five victories for 2020 is the league’s lowest, and the under is a -125 favorite.