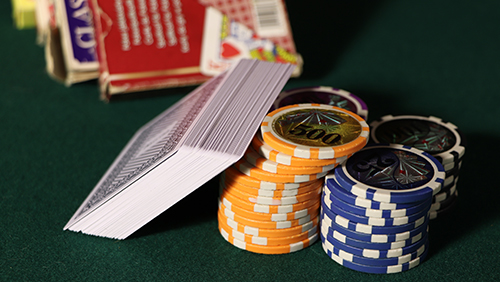 With just a month and a half to go, the 2020 World Series of Poker has yet to be cancelled, despite the country it would take place in being under stack in the worst week so far for American deaths from COVID-19.

With Las Vegas no longer Sin City, but a city under lockdown, the decision to delay making a call on whether the WSOP takes place this year or not has been widely criticised. Players can’t make plans, no-one knows whether an online version will happen, and if the whole thing is to be suspended by a year, what advantage do the powers that be have in hesitating to make that judgement?

Even as early as a month ago, the brightest minds in the poker world saw no way that the Series could possibly take place, as Daniel Negreanu alluded to on Twitter.

The notion that we will have a WSOP in 2020 seems very unlikely. Also unlikely that you will see NBA/NHL playoff games with fans in the stands.

Just four weeks on, the global pandemic of Coronavirus has made going to the shops for anything that isn’t essential something that provoke a fine or even worse.

So, should the World Series of Poker be cancelled, or is it right to give the WSOP as long as possible to make the choice to fold or call? Let’s take a look at the three most likely options.

The World Series of Poker is cancelled

While this seems like the easier of the three choices to make, it being a definitive answer to the question being repeated ad nauseum everywhere from 2+2 to Twitter, that isn’t necessarily so.

Cancelling the entire series would be something no player wants to see happen, but it would also mean that there’s no chance of the WSOP returning to Las Vegas later in the year. Much like the Premier League’s rescheduling to later in the year would impact hugely on the UEFA competitions that rely on qualifiers to have been completed months in advance, the WSOP Europe can’t very well happen before the Las Vegas spectacular.

There’s also the question of the venue. While the Rio All-Suite Hotel & Casino is the hired space for the WSOP, it won’t be available later in the year when other events are booked in. It’s a case of use it or lose it, as Card Player discovered when they spoke to the WSOP VP of Corporate Communcations, Seth Palanksy. According to Palansky in that interview, “I haven’t heard anyone ever utter the words ‘cancellation of the WSOP’ to me or in any of the discussions that’ve been held. So, I don’t see that as possible.”

Of the three options, this seems like easily the most likely. With Palanksy admitting that it has come up as a contingency, it’s hard to see how any further delay to the 2020 World Series doesn’t lead to an eventual migration of the events – or the bulk of them – online.

With over a dozen online events already having been scheduled to take place at WSOP.com before the Coronavirus outbreak, what would be the harm in six dozen more simply being added to the online schedule?

One issue with that is that any move online instantly leaves thousands of WSOP workers without two months of vital employment that often makes up more like half of their yearly freelance income. There’s also the prestige element, or rather a lack of that online.

Anyone who has won a tournament online can attest to the elicit thrill of that box popping up and congratulating you on finishing 1st of a huge number of players, along with a digital graphic of your winnings alongside some pixelated dollar-bricks. But it isn’t the same as the feeling of lifting a WSOP bracelet in the ‘Thunderdome’ under the lights on ESPN in front of viewers from all over the world.

While it’s the most likely outcome, for players and fans alike, it’s far from ideal.

While this is easily the most frustrating of calls, acting almost as a passive early position check to the aggressor of the virus, at present this is the move being made.

Waiting as long as possible to see whether a World Series at the Rio is something that many poker fans are frustrated at. They can’t cancel travel plans and prepare for an online WSOP, but nor can they actually look forward to attending the Rio. Even if a worldwide vaccine was rolled out at the start of May, it would certainly take weeks and probably more like months to action the cure for Coronavirus around the globe.

If the WSOP were to wait for restrictive measures to be lowered just the play the World Series then the population all got re-infected due to the – let’s face it – optimal conditions for spreading a virus being live poker, then no-one ends up winning.

Writing off this year’s World Series is a decision which no-one wants to make, but the longer players go without a plan, the more frustrating the situation is. While we’d all probably wish for Donald Trump to legalise online poker overnight and create some much-needed economic growth for the U.S.A., that looks like a pipe dream.

The World Series of Poker has taken place in Las Vegas, Nevada for the last half-century without interruption. Now, it seems like the grand old poker festival of them all is drawing dead with the turn and river still to come.

It’s a rough deal for everyone to take.