Home / Poker / Las Vegas in Lockdown: The Home of Poker is a Ghost Town 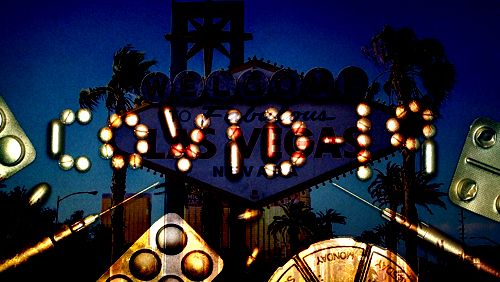 The home of Poker, a thriving city that is home to million, Sin City, otherwise known as Las Vegas, lies deserted in the desert.

The 28th-most populated city in the United States is also the hub of Nevada, magnet to millions of tourists per year and home to millions more, from poker players to thrillseekers. Las Vegas is the epitome of the bustling Americana dream of getting rich quick while cast in neon light.

Today, however, due to the COVID-19 crisis gripping the United States of America and the world in general, Vegas sits almost empty. Capturing this look would be quite an effort for most, but for the award-winning cinematographer Michael Tushaus it was all in a day’s work as he announced this week to his many followers.

#GhostTown #EmptyStreets Imagine #LasVegas without all the people. Now see it for real. This is the unfortunate reality on the Strip, Fremont Street & more. This is our story. Full Video Link in Bio @LasVegasLocally @VitalVegas @NBCNews @maddow @CNN @CBSNews @ABC @KTNV @8NewsNow pic.twitter.com/tgmebXzLMz

The full video is a thing of beauty wrapped up in shock, a startling yet languidly portrayed portrait of how dramatically and quickly regular life has changed for all of us.

Las Vegas, in many ways, is the perfect city for such a film, as while New York has become something of a disaster zone thanks to the outbreak’s concentration in the Big Apple, citizens have been forced home through illness, generations of families split apart by the devastating effects of a massive impact to the infrastructure and relief efforts of a City under extreme duress.

Las Vegas is deserted through choice. Tourists, gamblers, poker players and sports stars who paint every night red in Sin City are all at home, the glittering fronts of the gambling paradise gaudy by daylight, the glitter turned to sand.

Las Vegas’ many residents include plenty of celebrity icons, of course. They have come out in force to help those who live in the Nevada gaming hotspot. Bruno Mars, the artist behind such hits as Uptown Funk, Just the Way You Are and Locked Out of Heaven, has already donated $1 million (£820,000) to the coronavirus relief fund. That money will help the MGM Resorts Foundation’s Employee Emergency Grant Fund and the Children’s Medical Support Fund, providing crucial assistance for anyone employed by MGM and their immediate families.

In a country where a suspected 10 million have declared themselves unemployed in the last fortnight, that is help that is much needed. Mars’ statement confirmed the singer’s desire to give something back to the fans who adore him and who have supported him during his residency at The Park Theater at Park MGM in Vegas.

“The people at MGM have given Bruno Mars the rare opportunity to be able to continuously gig while he’s in the creative process of working on his next album. With the closures across Las Vegas, Bruno wanted to show his appreciation to the amazing employees who help make these shows possible in hopes that we’ll all be out of this situation and having fun together again very soon.”

MGM Resorts International CEO Bill Hornbuckle expressed the resort’s appreciation for the gesture in a similar statement, saying, “We consider Bruno Mars as part of the MGM family and appreciate what he is doing to help our employees and their families during these uncertain times.”

With other stars such as Angelina Jolie, Arnold Schwarzenegger and Ryan Reynolds also donating millions to American citizens, Las Vegas is just one of the many cities and states that need help, with Las Vegas declared closed for business through April at the very least.