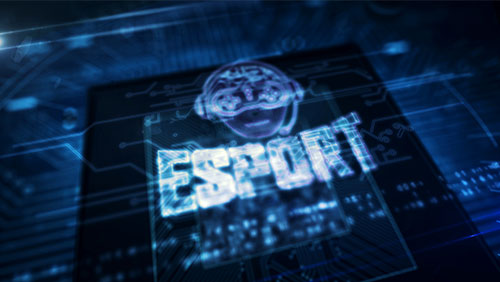 The Sportsbetting market for Esports fans has grown and grown in recent times. Now a study carried out by Loot with research into their own internal statistics and a poll of their customers habits sent out by email has yielded some very interesting results.

Loot themselves are growing as a business in line with Esports sportsbetting itself. Paul Brel, Head of Communications for Livestream, Loot’s operating company published the results of the poll as Loot gears up for what is a very busy period for the company founded in 2016.

“The difference between esports bettors and traditional bookmakers’ clients is huge,” said Brel. “The matter is not just – and not even so much – in the age gap which in itself implies certain distinctions. Esports fans breathe cutting-edge technologies; they are very mobile, yet so involved with the community; they are more likely to rely on their knowledge and skills rather than on luck; for them, esports is not just a hobby but a lifestyle – which you wouldn’t say about a regular classic sports bettor.”

As Brel hints at, it takes a modern, progressive attitude to attracting new bettors to Esports platforms to be successful. This information will be important to those betting businesses who want to step forward into the next quarter with the drive to grow.

“We believe that only those operators who understand this and try to find an approach to this specific audience, which is very new to the betting industry, have a chance to succeed in the esports betting market.” said Brel.

Bettors are getting younger

So how can companies attract the key demographic of young, keen Esports bettors? A massive 78% of Loot’s users are aged between just 18 and 25 years old. At the other end of the scale, only 1% of the betting firm’s users are 41 and over. It’s a young person’s game, but it’s also more than most industries, imbalanced in favour of male users. A massive 94% of Loot.bet users are male, compared to 6% of female users, but one trend of last year was that number rising by a single percentage point (or a fifth to be more positive).

What do they do?

Targeting individual Esports bettors is a devil’s pursuit, so grouping players into type is a natural selection process when it comes to marketing for Esports firms. The archetypal Esports bettor tends to be a “novice specialist or junior manager” according to the research, while younger bettors are typically enjoying further studies.

This would align with the growing number of Univeristy or college students enjoying Esports as well as poker, with online gaming and gambling becoming more and more similar both in terms of the type of person who enjoys them and is successful at them. Future modelling, statistical analysis and other data-mining ways of improving your results are often utilised by the younger generation rather than older gamers and gamblers, who are less able to move out of their established patterns and strategies.

Indeed, Esports bettors are showing to have little or no interest in traditional gambling, which confounds many fears from the older generation that Esports betting could lead to future addiction problems. If the type of bettor who looks at Esports is less likely to gamble by traditional methods, does that make them more or less likely to suffer any afflictions of those with issues to do with gambling? That answer can only come in the long-term, but the more stat-related preparation for Esports betting would bode well in that regard.

As we alluded to earlier this week, Esports bettors know their stuff. Far more likely to delve deeper into pre-game research, they are often very passionate about making the right call, and go into detail about why they made their pick in a way that many other bettors simply don’t do. With 54% of Esports bettors following industry news and 42% keeping up to date with the latest Esports knowledge on social media, there are few who don’t look deeper into the value price than traditional gamblers.

Which games are best to bet on?

Esports bettors love a variety of games, but last year saw the average number of bets go up by 11% on the previous 12 months.

“There is a bold assumption that in 10 to 20 years, Esports will catch-up with classic sports by volume of bets, and, considering the foregoing as well as the fast Esports audience expansion, we treat this forecast as an eligible one” Livestream’s Paul Brel concluded.

Whether Brel is correct or not is yet to be seen, but games such as Counter-Strike: Global Offensive, which saw 15% more bets placed on its gameplay in 2019 than in 2018 as well as League of Legends (+10%) and Dota 2 (+6%) are seeing an increase too.

“We associate the simultaneous rise in the frequency and size of bets with several factors. Firstly, Esports betting is becoming a key hobby, on which [more and more people are] ready to spend significant money,” said Brel. “Secondly, the esports audience’s trust in betting is increasing, and so is their willingness to risk larger sums.”

As Esports bettors change with the times, keeping track of them is sure to prove a challenge to new companies who are entering the betting market. Those in the know could do a lot worse than to copy Loot’s model of monitoring their users’ habits and tailoring their offerings to the specific desires of their target demographic.