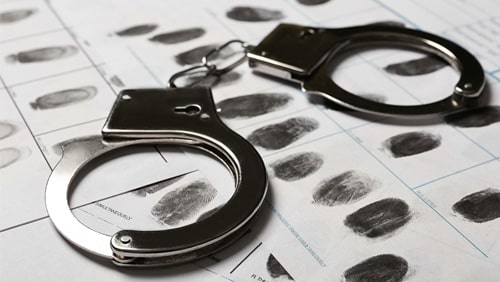 He had a good thing going, but got greedy. Now, a former police officer in South Carolina will not only lose any chance at retirement benefits, but he will also possibly spend time behind bars. Instead of serving and protecting the community, Florence County Sheriff’s Lieutenant Mark Edward Fuleihan was serving and protecting an illegal gambling ring for about five years, giving its leaders information and services in exchange for bribes. If the courts decide to throw the book at him, the 48-year-old is looking at up to ten years in jail, a fine of $10,000 and no chance at ever holding a public service job.

Fuleihan, who reportedly had been a Florence County police deputy since 1995, helped to keep the underground gambling operations moving by letting the ringleaders know what was happening in the law enforcement community that might impact their business from 2013-2017. Eventually, word got out about the gambling den, and an investigation was launched. Fuleihan got wind of it, and reportedly stopped receiving bribes, but continued to give the leaders information about the investigation.

It was apparently during the investigation that the cop’s involvement was uncovered. Once that happened, he was fired by the county’s Interim Sheriff, William Barnes, and, last Thursday, he was arrested by South Carolina’s State Law Enforcement Division and agents from the Department of Homeland Security. His expulsion from the force and subsequent arrest followed an investigation into his involvement that started in April 2017.

Fuleihan was reportedly able to be identified easily because he wasn’t smart enough to cover his tracks. He used his cell phone to communicate with those in the gambling ring, and even rookie police officers, and most 12-year-olds, know that burner phones are better for hiding illegal activity. The disgraced cop is now looking at charges of violating the state’s Ethics Act, as well as bribery and illegal gambling.

South Carolina’s gambling laws are pretty basic and straightforward – don’t do it. The only exception is the state lottery, but this could change in the near future. There is now increased attention being given to casinos, as well as sports gambling, in the state; however, there is still a long way to go before any legalization will occur. As is the case in several southern states, there is overwhelming opposition to gambling, as it is seen as an evil activity that can only lead to drugs and crime, despite any evidence linking the two.