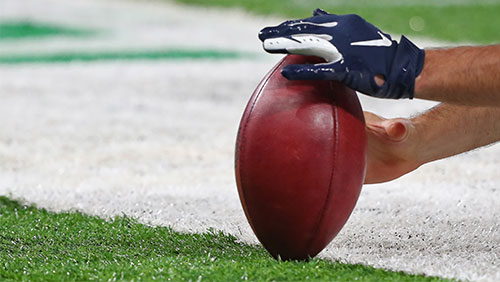 While America is still in the midst of the Coronavirus outbreak, sport cannot go on, but that doesn’t mean sport can’t schedule itself hopefully for the future, which is exactly the attitude NFL have employed over the last few days and weeks.

If it seems like a long time that the Kansas City Chiefs wrote Superbowl history by beating the San Francisco 49ers, it was less than two months ago. The highlights of that stunning 31-20 victory already look like the celebrations of a bygone era:

That incredible comeback that saw the Chiefs score 21 unanswered points in the final quarter to win from nowhere have made all sports fans yearn for more Superbowl action. Well, in a way, there will be, as the NFL teams owners voted overwhelmingly in favour of the playoffs being extended to one more team being added to both the the AFC and NFC in the 2020 season.

Yes, the powers that be are adding a seventh team for the post-season spectacular, but there’s another slight tweak, too, as only the top seed in each conference will get a first-round bye. Last year, that number was doubled.

The video conference vote that took place yielded a 75% approval rating meaning that the weekend of January 2021 – COVID-19 pending – will see six matches across the wildcard weekend rather than just four.

The news was broken by Ian Rapoport, an NFL insider on Twitter:

The NFL owners have confirmed, via a vote on today’s teleconference, that there will be expanded playoffs after the 2020 season, source said. Expected and now official. One more team per conference.

The previous expansion of the play-offs format was in 1990 when it went from 10 to 12 teams, but the new format is the most expanded ever

and has some claiming it is too many. With six wild card slots now part of the playoffs, it means that 43.7% of teams taking part in the 2020 season will make it to the post-season extravaganza, a huge increase compared to play-offs in Major League Baseball (33.3%) but still less than the National Hockey League (51.6%) or 53.3% who go to the end game in NBA.

One big change that will improve the watchability of the final few weeks of ensuing seasons is that only the top seeds in the AFC and NFC will be guaranteed to make the play-offs. That’s going to mean that winning the title is the only way to guarantee making top seed pick.

Jeff Pash of the NFL was passionate in his defence of the intention to play a full season of football, as he nailed the NFL’s colours to the mast.

“Our planning, our expectation is fully directed at playing a full season, starting on schedule and having a full regular season and a full set of playoffs, just as we did in 2019.”

If you need any inspiration for the coming season, then this mini-movie of the incredible journey of the NFL in 2019 can only leave you desperate for the game to return.