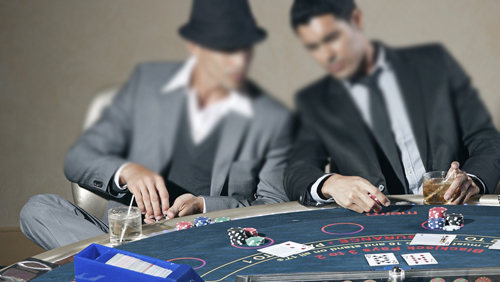 The partypoker Powerfest has been a hugely popular series, and two of the most successful players to take to the virtual felt have been Team partypoker pros. Both German high roller Fedor Holz and Finnish sensation Joni Jouhkimainen have enjoyed winning weeks, with Jouhkimainen winning a title in the process.

Joni Jouhkimainen wasn’t able to make the money in this event and was in illustrious company in that result, with other Team partypoker pros such as Welsh wizard Roberto Romanello also falling slightly short of the money.

One man who did make the money was British poker legend Sam Trickett. The former One Drop runner-up, whose biggest live cash of $10 million exceeds all but a dozen or so cashes in all of poker history, would only scrape into the money to earn that min-cash, eventually finishing in 38th place. Fellow Team partypoker pro Jason Koon would get further, finishing 11th for $20,809, but wouldn’t make the final table.

When it came to the last table, Fedor Holz was unable to win the event, finishing 4th behind the eventual winner ‘LittleRussia’. In doing so, however, Holz banked $98,676, a tremendous return for his efforts and not too much less than ‘Little Russia’ took down for the win, with the top prize of $267,164 what went their way.

Jouhkimainen Take the Title in Event #42

Team partypoker’s Joni Jouhkimainen wrapped up the outright win in Event #42 in the Super High Roller level tournament that saw 46 players take to the felt. With the buy-in again set at the $5,200 mark, Jouhkimainen turned that into $92,000 as he won a final showdown with plenty of talent at the table.

With $100,000 guaranteed in the prize-pool, the number of entries was strong enough to mean that $230,000 ended up being on offer, with only six players receiving a return on their investment.

The bubble player of the event was ‘Mr.Keto’, who may have been forgiven for reaching for  carbs when they busted in 7th place for absolutely nothing. It would be ‘sukamibosak’ who departed in 6th place, banking the min-cash of $12,432, with ‘KamelAAsAA’ busting one place later for  $16,100.

With four players remaining, it would be ‘MUNJOSHuHa’ who left the action, cashing for $20,700, with ‘DR.Summer69’ finishing in 3rd place for $29,900. That left only two players to battle it out for victory, with Jouhkimainen taking on ‘Robbery9999’ for the win. With the biggest pay jump left until last, ‘Robbery9999’ would eventually fall at the final hurdle, taking home $58,867 for their runner-up finish. It was the Finnish pro who banked $92,000 and the title of Powerfest Super High Roller Event #42 winner after 10 entertaining hours at the tables.

Jouhkimainen, who wrote this year about his passion for cash game poker, had pulled out another high-profile tournament victory to add to his collection instead, and in doing so also given his employers more positive press about their events, with Powerfest guarantees exceeded in many events during the series.

With the much-vaunted Poker Masters Online Series coming very soon and the World Poker Tour and partypoker collaboration also bringing more big online series to players, partypoker has really stepped into the breach as live events have been replaced by online festivals, some with even bigger prize-pools. It’s looking like it’s going to be a very busy month or two for poker players wherever they are in the world.