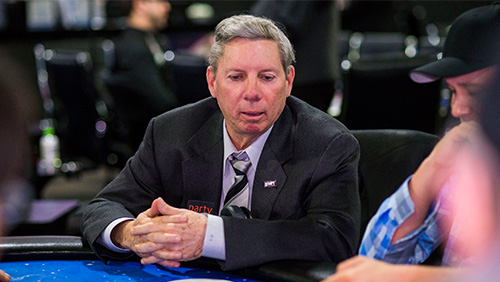 The voice of Mike Sexton drawls those famous words during the first season of the World Poker Tour’s pioneering television series back in 2002.

For many years, the World Series of Poker had floated to the surface for poker fans to watch, but never had poker seen anything like the sort of coverage it was about to get. In the year before Chris Moneymaker changed the game forever, the World Poker Tour threw lights on the greatest card game on Earth in a way that has been replicated ever since.

It was a hell of a debut season. While Late Night Poker launched in 1999 and relied on the shadowy angles, lingering close-ups and lipstick cameras, along with Jesse May’s unforgettably conspiratorial commentary, the World Poker Tour went in a different direction.

Lights were everywhere, with the table lit up as if it was a Christmas tree that two warring sets of parents had both attempted to outdo each other by adorning. Howard Lederer wasn’t under such a bright spotlight when Full Tilt Poker fell apart like a house of cards.

The commentary, too, was completely different from what had come before. The World Series of Poker had an annual prestige that was represented by the media that surrounded it. It some ways, it still is.

Late Night Poker was all whispers and underground caverns, or at least it felt like it. Poker felt like a secret, but when the World Poker Tour brought it to American audiences, they blew the lid off that veil of clandestine pleasure.

Poker was out there and growing in the U.S. a whole year before the WSOP Main Event that would change the game.

Stars were introduced, such as Phil Ivey, Howard Lederer and Layne Flack, all of whom feature in this finale at Foxwoods. But it wasn’t just about the players. The personalities of the players were characteristics shown off by TV and brought to life by commentators such as Mike Sexton, who worked on the first 15 seasons of the World Poker Tour before becoming partypoker Chairman.

As the final hand was played out, the camera was right there, hovering, hand-held, in the players faces to capture the drama. And, with so many bundles of greenbacks on the felt that the players barely had the elbow room to riffle chips or turn over their cards, Mike Sexton’s voice brought the drama to a close with a catchphrase we wish had taken hold long into the poker future the programme had helped establish.

“Put the deck back in the pack, this game is over.”