It goes without saying that Late Night Poker was a seminal piece of poker on screen. Before Late Night Poker, we didn’t see the cards under the tables because that’s where lipstick cameras made their debut in tournament coverage. 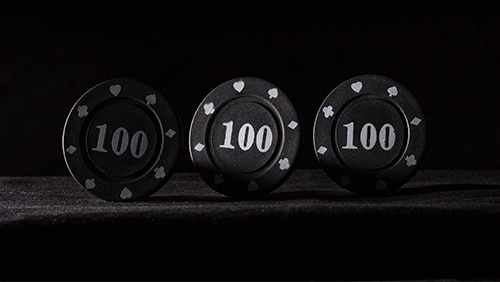 But what else made the first season of the poker series so special? Was it the hushed tones of Jesse May (or alter-ego ‘Mickey Dane’ when he played in Heat 5 of the season)? Was it the lingering close-up shots on the player’s eyes as they made those fateful moves? Was it the casting, which pitched people for varied walks of life against each other and judged who would work best up against who?

Put simply, it was a combination of all of these factors and more.

Late Night Poker became a cult classic in the U.K., broadcast to an ever-growing audience that, by the end of the season, wanted drama, craved entertainment and promised their friends that they would see something very special.

This was a season that had already seen three of the four members of The Hendon Mob eliminated, with brothers Ross and Barny Boatman joining Ram ‘Crazy Horse’ Vaswani on the rail. Only Joe ‘The Elegance’ Beevers would make the final from that quartet, by virtue of finishing as runner-up to Surinder Sunar.

The season is fondly remembered by so many players today not just because of the characters they loved watching who remain in the industry today, people like Simon Trumper or the Hendon Mob. Fans remember the series because of the personalities who have passed away all these years later, too young, too soon, but frozen in the memory as the icons they were.

Ulliott himself is no longer with us. Dave Colclough died several years ago too. Liam Flood will see no more rivers burst their banks with made flushes and Marty Wilson’s laugh is one you can’t see in the end-of-season credits without feeling sad at his passing earlier this year.

Dave Ulliott beat Peter Evans to the title of champion in Season One, while Dave Welch finished in third place. Other finalists, such as Liam Flood and Joe Beevers would have to try again, but the Devilfish would underline an importance to the series that meant it had to continue. The public demanded it. Fans of poker needed to know who would be back, and whether they could beat the man who had won it all with a wink and a curse.

Here are what the ten pay outs were at the 10-handed Season One Grand Final:

There was so much on the line heads-up that every hand contained tension, every deal the possibility of seismic shifts in momentum for money that really mattered. There were no deals. The Devilfish made no deals with anyone, not even himself. He put it all on the line and risked the lot on his skill. Sometimes, in his life, that left him short, but it never left him out of the game. He could always win his way back from nowhere.

Watch the final episode of the dramatic first season of Late Night Poker below, where Dave ‘Devilfish’ Ulliott took the title by beating Peter Evans, and in doing so, created a legend.