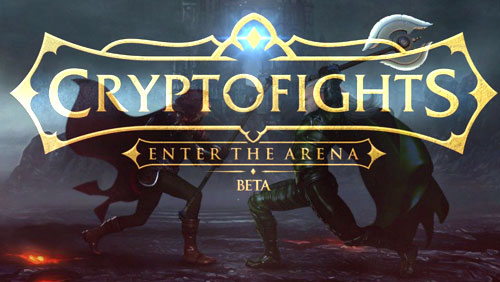 With major steps forward in the last six months, CryptoFights, the battle-based skills game that relies on strategy and fighting skills has introduced a new tutorial system. It’s been a big fortnight in the development of the game and the Kronoverse platform in general, too, after a major partnership with the ESL platform was announced on 10th March.

With its foundations solidly set in Bitcoin SV, the Kronoverse platform’s partnership with ESL is a major one. Combining blockchain tech with online gaming is cutting edge but relies on mainstream Esports recognition and ESL Gaming provide exactly that, with a huge, respected reach.

Kronoverse are making Esports accessible for more players in the world of cryptocurrency, and with Bitcoin SV performing well in recent days, the demonstration that the virtual currency is resilient in the toughest financial market for many years is one that will back up the partnership.

Adam Kling, CEO and founder of Kronoverse made the following statement on the historic partnership:

“ESL knows what it takes to succeed in the ever-growing esports industry as the oldest and most successful esports company in the world. We’re confident our partnership with ESL will enable us to fully develop the Kronoverse platform. This includes everything from attracting more indie game developers to solving problems in competitive gaming such as cheating.”

Cracking down on any cheating is always what players want to read, with honest gaming the only way to truly compete. With the ESL helping Krooverse grow and sustain their ability to focus on keeping a secure and customer-focused gaming space, the natural desire from Kronoverse to grow the Esports arena by using blockchain to iprove game integrity, more game options and network data you can trust, many of the issues faced by the Esports gaming industry in general can be looked at with new eyes once gameplay data has been analysed.

ESL have a fantastic recent reputation for providing players with the best gaming experience, such as they did with the ESL One Cologne, which was the best CS:GO tournament ever held worldwide. With two decades of trusted dedication to Esports, from the improvements made to Virtual Reality to creating plenty of inclusive positions in Esports in general, ESL are expected to take Kronoverse into the future as much as Kronoverse is predicted to improve their own standing in the Esports universe.

The ESL’s partnership with Kronoverse not only brings games like CryptoFights to more elite players, but will reach further into the grass roots, too, strengthening the Esports industry from the ground up.

CryptoFights itself has used both positive and negative feedback to push through two rounds of closed beta testing and one of the latest innovations they’ve made is the introduction of Bram the Brave.

Bram the Brave is a tutorial system that walks you through everything you need to know about CryptoFights, such as different gameplay mechanics and greater skills which you can use in the arenas. With beta testing ramped up, feedback integrated into the development of CryptoFights and the latest news and updates available via the Kronoverse forum, players who love Esports and are yet to venture into using blockchain technology or cryptocurrency to battle in fun games that are skill-based have no better time to get involved.

With dates for open CryptoFights beta testing incoming in the weeks to come, it is an exciting time for both Kronoverse and ESL as a new future in Esports lies ahead.