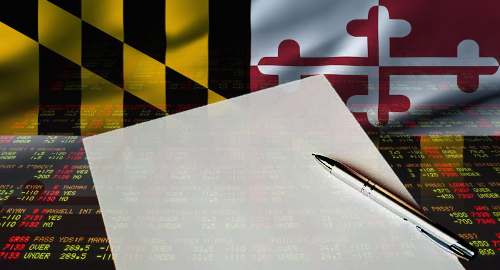 Maryland’s sports betting bill has been approved by legislators, although not before removing all details of who will actually get to offer bets to state residents.

On Wednesday, the final day of the Maryland General Assembly’s current session, the state Senate unanimously approved the SB4 betting bill that was extensively revised by the House of Delegates and approved by a vote of 129-3 on Tuesday night.

Unlike earlier versions of SB4, the revised bill contains no details on who will be allowed to operate a Maryland sportsbook. Previous versions would have allowed sportsbooks at the state’s six casinos, two racetracks, the State Fairgrounds in Timonium and a new stadium proposed by the owner of the NFL’s Washington Redskins, as well as statewide digital wagering.

The Baltimore Sun quoted Del. Nick Mosby saying the operator specifics were expunged over concerns that the bill as written would have “compounded the concentration of wealth” by awarding betting licenses only to “individuals who are already seated around the table.” Putting a finer point on the matter, Mosby said these individuals were largely comprised of ‘rich white men.’

Under the new plan, the state would conduct a ‘disparity study’ to determine if racial minorities or women were being left on the outside looking in at legal betting operations. Depending on the results of this study, underrepresented groups could receive preferential treatment in the betting licensing process.

All of the above depends on Maryland voters approving plans to authorize betting when they go to the polls in November (assuming everyone’s not already dead from coronavirus by then). Voters will be asked if they “favor the expansion of commercial gaming … to authorize sports and event betting for the primary purpose of raising revenue for education.”

Like most other states, Maryland’s gaming industry is currently in lockdown mode after Gov. Larry Hogan ordered all facilities closed by Monday to prevent further spread of the COVID-19 coronavirus. The emergency order that Hogan issued contains no end date by which the casinos, racetrack and simulcast betting facilities might reopen.