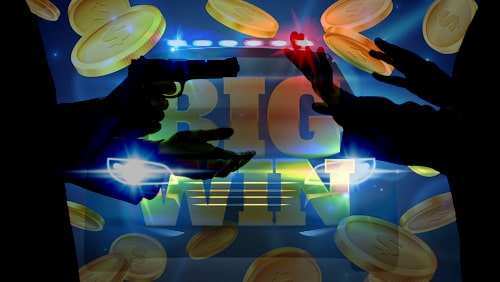 When making a big score at a casino, it’s a good idea not to broadcast it to the entire world. All the excitement of the big win (often mixed with a few drinks while gambling) makes some people throw common sense out the window, though. After winning $15,000 gambling at an unspecified casino in Lake Charles, Louisiana, a patron decided to call it a night and hailed a cab. He shared news of his good fortune with the taxi driver, who thought he had found the perfect opportunity to pick up some easy cash. As usually happens, though, the would-be criminal mastermind didn’t think the plan through very carefully and will, along with an accomplice, be able to figure out what went wrong while spending time behind bars.

According to a statement on the Calcasieu Parish Sheriff’s Office’s Facebook page, the unidentified victim apparently fell asleep while riding in a cab driven by Brandon K. Grant, but not before he had let him in on his gambling success. When he awoke, the victim was in the middle of being dragged out of the taxi by another individual, later identified as Fergus A. Bushnell, who beat him and stole two cell phones and the cash.

The victim tried to get back into the car by grabbing onto the taxi’s door handle, but Grant had started to pull away. As a result, the taxi dragged the victim several feet, but he wasn’t injured severely enough to be prevented from contacting police. He gave law enforcement a description of Grant, as well as the truck Bushnell was driving when he fled the scene, adding that the 41-year-old may have been armed.

It didn’t take long for police to track down the two – Grant was still driving around the area and deputies with the sheriff’s office quickly located Bushnell’s truck, arresting him shortly after when he turned himself in. They were both taken to the Calcasieu Correctional Center and face various charges. Grant is looking at second-degree kidnapping and simple robbery, while Bushnell is looing at simple robbery and being an accessory to second-degree kidnapping.

While the casino wasn’t identified, the Lake Charles area is home to several targets. Among these are included the Golden Nugget, Isle of Capri and the L’Auberge Casino Resort, and local law enforcement has a tendency to keep casino names under wraps when crimes are committed. Last December, an area casino was hit by three robbers who attacked a security guard and then stolen an unspecified amount of cash from the venue. Those crooks are still on the loose.