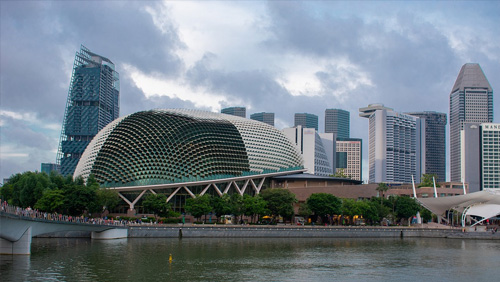 Genting Singapore has decided it doesn’t need to keep the world up to date on its financial health. After recent changes were made to listing rules at the Singapore Exchange, where the casino operator is found, it has determined that quarterly financial reports aren’t necessary, and will begin to offer only six-month reports. As a result, no updates will be made available by the company until it releases its revenue and earnings statement that will cover the first half of 2020.

At least for now, the company, which operates Resorts World Sentosa in Singapore, is willing to share financial data with shareholders for the first and third quarters, but only on a voluntary basis. Genting Singapore’s board “believes that a half-yearly financial reporting cycle and the provision of voluntary quarterly business updates, together with the observation of strengthened disclosure requirements, is sufficient to keep the shareholders informed of the Group’s state of affairs.”

This past February, the Singapore Exchange announced that it would update its quarterly disclosure requirements and relaxed the obligations for companies to offer the reports, unless they are classified as “high-risk” entities. This is a change from the previous guidelines, which required companies with market capitalizations of SG$75 million (US$57.5 million) to offer the quarterly reports. The high-risk tag will now be placed, and the quarterly reports obligatory, on companies who receive a “modified opinion” from auditors, or who are branded with “material uncertainty” by auditors. Once either of these conditions is presented to the company, it has to immediately publicize the condition and will be given a year to start offering its quarterly report. However, the exchange reserves the right to demand the reports begin sooner if it determines that there are serious concerns over the entity’s financial stability