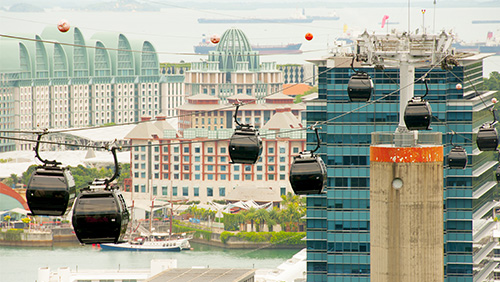 Genting Singapore, the casino operator behind the Resorts World Sentosa (RWS) integrated resort in that country, should be happy with its second-quarter performance. Its revenue climbed 13.6% compared to the same period last year, reaching $460.63 million. It should be happy, but it would have liked to have seen something better.

Revenue may be up for the company, buts its net profit is down. According to its earnings report, filed last Friday, net profit dropped 5.2% year on year, dipping to $122.3 million. The drop could have been even greater, but Genting received a little help from the deep-pocketed gamblers. The company said in the filing that the loss would have been larger “if not for the high rolling win percentage in the VIP rolling business segment,” adding, “On a hold-normalised basis, the group would have generated an adjusted EBITDA [earnings before interest, taxes, depreciation and amortization] of approximately SGD230 million, a decline of 20 percent.”

Adjusted EBITDA increased by 10.7% year-on-year, with the quarter’s figure closing at $212.93 million. Gaming revenue for the company jumped 21.7% for the period, reaching $319.03 million. Genting doesn’t provide a breakdown of its VIP versus mass-market operations, only stating, “The group’s revenue and adjusted EBITDA … were largely driven by favourable rolling win percentage in VIP gaming business.”

It pointed out, though, that mass-market gambling “experienced significant declines in the quarter and would have been further impacted if not for considerable increased spending to tap the regional markets.” It blames the weaker performance on a slowing local economy, as well as a lackluster regional economy, and says that this will most likely continue throughout the remainder of the year.

As a result, Genting warns, “We maintain our cautious stance on the premium segment as the regional economic environment faces uncertainty and will impact consumer confidence.” On the bright side, the company added that it would pay an interim dividend of $0.011 per ordinary share. That payout is expected to be distributed next month.

RWS is going to undergo an upgrade that Genting hopes will make it more attractive. The upgrade is part of an agreement with the Singapore government in exchange for a lock on its casino license through 2030 and will see the addition of 1,100 hotel rooms, upgrades to the Universal Studios Singapore theme park to include Super Nintendo World and Minion Park, and the creation of the new Singapore Oceanarium aquatic park.