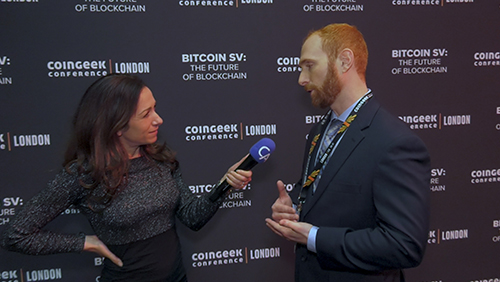 Kronoverse is building an amazing new world of online gaming on the Bitcoin SV (BSV) blockchain, lead by their first game Cryptofights. But putting the world of gaming on the blockchain isn’t just a neat trick to attract gamers; it offers tangible benefits that gambling operators should be aware of. Kronoverse CEO Adam Kling joined our Becky Liggero Fontana to talk about these upgrades.

One of the ways esports has been held back as a betting product has been questions of cheating. “So there’s big issues with game integrity in eSports, and what Kronoverse is doing differently is that every move or a decision in a game that is made on the Kronoverse platform is actually a Bitcoin transaction” Kling explained.

But what does making every move a transaction accomplish? Think of it like counting balls and strikes in baseball, or keeping a hand history for poker. “When we essentially create transactions for all the moves in the game, we actually have an audit trail of what can happen,” Kling said. “So if regulators that I think will come into the future can actually start to look at that, and we also have the community-at-large, can actually have the transparency and it’s actually see what is happening in the network, because again it’s all proprietary now. All the big games, they’re all run by the game developers, nobody knows what’s going on in there. We don’t know how many people are cheating, how many people are, like even if they change something within the game, we don’t know that unless they tell us.”

Liggero Fontana asked why Kronoverse opted to build this platform on BSV, and the answer all comes down to scale. “So we came from Ethereum, and we had a lot of limitations,” Kling admitted. “When we discovered BSV, it pretty much unlocked everything. We can do the cheaper and faster item transfer. So there’s way more scale that we can have and typically games they’re not a couple thousand people playing games, there’s millions, hundreds of millions of people playing. So you needed to have, essentially a roadmap for scaling, to support major AAA games that can come onto the platform.”

One thing holding back esports at the moment is an inability to offer In-Play betting. That’s due to limitations of the current way the product is offered, but Kronoverse can change that. “So in play bets are pretty much, I would say impossible to do because the data of what is happening in the game is not there,” Kling said. “Now the only thing they can do is actually see the visual or a video feed of what’s happening, and I do know some projects where they try to analyze the video feed to try to, you know, make sense of what’s going on and create the data from that. But the superior ways to actually have the real data of what’s happening. So when we have that data, the actual, if people in a bet during the game, before it’s over on little micro things happening in the game, they can actually do so now with the core numbers platform and BSV.”

That incredible source of data is one that several gambling industry partners should be interested in, but Kronoverse needs a bit more time before it’s ready to sell. “That’s one thing on our roadmap to look into later, because of kind of the legal stuff that we have to look into,” said Kling. “But Sportradar, Betradar, we’re very interested in working with them because we now have the data that they can offer to all of their customers.”