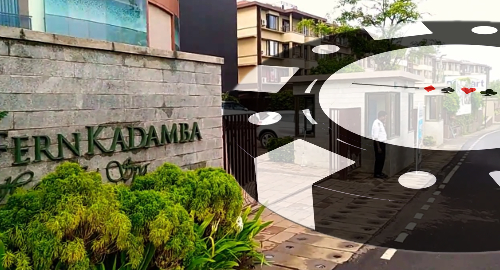 The Indian state of Goa is getting another land-based casino, even if it still hasn’t figured out where to put its floating casinos.

This week, the Times of India reported that Goa’s state government had approved a new casino for the Fern Kadamba Hotel and Spa, a five-star venue in Panjim, Old Goa. The addition will reportedly bring the state’s total number of land-based gaming venues in upscale hotels to nine.

In keeping with local regulations, the casino will offer only electronic gambling options, as live gaming tables are restricted to the state’s six floating casinos. The Kadamba venue, a 300-square-meter space with a capacity of 100, will reportedly offer 17 electronic card tables, four electronic roulette tables, five slot machines and a money wheel.

Goa’s floating casinos have been a near-constant source of strife for the local government, mainly due to its inability to settle on a more palatable temporary mooring point on the Mandovi River and difficulties in advancing a plan for a permanent land-based gaming zone to which the casinos have been told they will eventually be forced to relocate.

This week, Goa Ports Minister Michael Lobo struck a defiant stance, saying not only should the floating casinos stay on the Mandovi, more floating casinos should be authorized for other rivers in the state. Lobo’s public lobbying for more casinos is based on his belief that the gaming industry has been a boon to the state treasury and provided decent-paying jobs for countless numbers of local residents.

This is just the latest contrarian position Lobo has staked out, having previously spoken out against the recent ban on local residents entering casinos. Lobo has also advocated for the legalization of matka, a type of lottery that is wildly popular with the locals despite its illegality.

Lobo’s stance resulted in immediate pushback by local members of the Congress party, who said Lobo’s ruling Bharatiya Janata Party (BJP) has failed to honor its promise to resolve Goa’s floating casino conundrum. Congress said it would stage rallies to remind the public of the BJP’s shortcomings and to press for “removing the offshore vessels.”