The NBA comes out of its week-long All-Star break on Thursday with six games, although it’s not the best schedule with just one featuring a matchup of teams currently that would both make the playoffs. 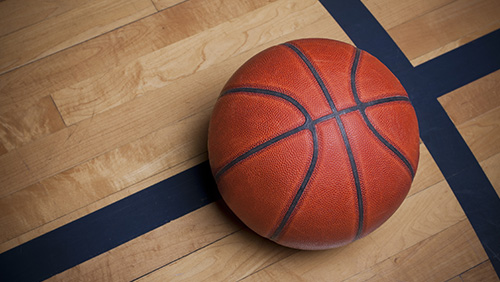 That would be the first of a TNT doubleheader featuring the Brooklyn Nets at the Philadelphia 76ers with an 8pm ET tip. Despite star point guard Kyrie Irving missing 33 games this season, the Nets currently sit seventh in the Eastern Conference standings. They aren’t going to reach sixth, but also aren’t likely to slide past eighth. Irving had a setback with his shoulder (also has had some knee issues) this week, will see a specialist for the second time this season and is out indefinitely again. Brooklyn is 10-15 ATS on the road this year.

No team is more schizophrenic in terms of home/road splits than the 76ers, who are fifth in the East. They have the NBA’s best home record at 25-2 (15-10-2 ATS) but are 9-19 on the road despite one of the most talented rosters in the NBA. The Sixers are 8.5-point favorites for Thursday and lead the season series 2-1 against the Nets, taking the one in Philly 117-106 on January 15. The Sixers are 6-1 ATS in the past seven meetings.

The TNT nightcap features the Houston Rockets at the Golden State Warriors with a 10:30pm ET tip. The injury-decimated Warriors have the NBA’s worst record (12-43) and in fact already are assured of finishing well under their preseason betting win total of 47.5.

Houston, behind All-Stars James Harden and Russell Westbrook, sits fifth in the East but reasonably could finish as high as second. Harden leads the league by a mile in averaging 35.3 points per game. The Rockets and Warriors have split two meetings, each winning at home. Harden is averaging 30.0 ppg and 12.0 assists in the two. Westbrook 24.0 points and 10.0 rebounds. Houston is -9.5 and 1-6 ATS in its past seven as a road favorite.

The first game of Thursday is Milwaukee Bucks at the Detroit Pistons at 7pm ET. Bucks superstar Giannis Antetokounmpo missed the final two games before the break following the birth of his first child but played in Sunday’s All-Star Game and will here. The Bucks have blown out the Pistons twice this season and are -13. Detroit has been a terrible overall bet this season at 21-35-1 ATS. Only Minnesota has been worse (18-33-2 ATS).