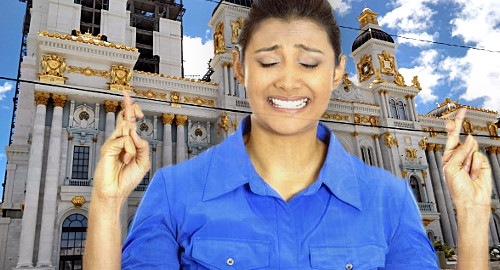 Online gambling could be coming to the rescue of Saipan casino operator Imperial Pacific International (IPI), assuming the company’s still in business by the time the necessary legislation is approved.

This week, the Commonwealth of the Northern Mariana Islands (CNMI) House of Representatives approved HB 21-31, a bill to allow senatorial districts to establish and regulate internet gaming. The bill, which cleared the House gaming committee last April, was approved by a vote of 11-8, clearing its path to the Senate for further discussion.

IPI previously made no secret of its desire to add online gambling to its list of responsibilities, although the company noted last summer that this would require ‘some investment’ on its part. Given the parlous state of IPI’s finances and its inability to complete the projects already on its plate, it’s far from clear that IPI is up to taking on any more responsibilities.

FBI VISITS ANOTHER IPI EXEC
Meanwhile, another IPI exec has been visited by US federal agents for unspecified reasons. Local media reported that agents of the Federal Bureau of Investigation and CNMI Office of the Public Auditor served a search warrant last Friday at the home of Eson Yuen, IPI’s director of strategic planning. The agencies declined to specify the intention behind their visit.

IPI LOSES BID TO STAY LABOR LAWSUIT
Finally, a federal judge has rejected IPI’s request to stay proceedings brought by seven construction workers who claim they were subjected to forced labor and suffered injuries at the hands of a contractor IPI hired to help build its (still unfinished) Imperial Palace Resort.

IPI’s legal reps had requested a stay of the court case due to the “criminal investigation” involving their company but District Court Judge Ramona Manglona noted that whatever criminal probes might be going on, they didn’t involve IPI’s labor practices. As such, Manglona rejected IPI’s request for a stay and ordered the company to produce the records sought by the seven workers.