The Iowa Racing and Gaming Commission (IRGC) wants to make it clear to gaming operators in the Hawkeye State that it’s in charge and that it’s keeping a hawk eye’s view over their activity.  The regulatory body held its monthly meeting on February 4, doling out several fines to casinos and venues that had violated its rules.  In total, three venues are now breaking out their wallets to cover $50,000 in penalties. 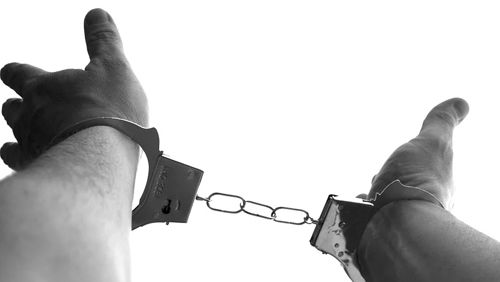 Prairie Meadows Casino Racetrack Hotel was presented with a gift in the form of a $20,000 fine for not holding a tighter grip on the reins during a horse race last year.  In August, Taruca, a five-year-old chestnut gelding, participated in a claiming race and took the victory by a massive eight lengths.  However, track officials realized they had made a mistake the following day and told the Iowa Board of Stewards (BoS) that the horse was allowed to run with an expired blood test, the Coggins test.

That incident was embarrassing for the track, and led to the dismissal of the employee responsible for verifying the Coggins test.  Taruca had also been claimed for purchase, but that purchase was denied by the BoS over the missing test and the gelding was disqualified from the race.  On arbitration by an administrative law judge, the claim was reinstated and Taruca was sold for $16,000.

The same month that Taruca was causing a ruckus at the racetrack, another horse, Jessica Glitters, was having difficulty of her own.  Trainer Robert Roe called the racetrack to list her for the Iowa Breeders’ Oaks race, but someone at the track screwed up and the horse was never entered.

When the issue was discovered before the September 2 race, track officials tried to get the BoS to redraw the entries, but the request was denied.  An appeal to the IGRC overturned that decision; however, Jessica Glitters was relegated to the outside gate, resulting in her coming in last.  Prior to that race, in just one month, she had posted two wins, four runner-up finishes and two third-place finishes – obviously enough to support her as a legitimate contender for taking the championship at the Oaks, which she had been denied.

The IRGC decided to fine the track $20,000 for both of these incidents.  It also gave a $20,000 fine to the Lakeside Hotel and Casino after determining that the gambling house had allowed minors to access the gambling floor.  The commission didn’t offer a lot of detail about the incident(s), but the casino’s VP and GM, Dave Monroe, acknowledged that the property had been remiss in its responsibilities and promised to do everything within his power to make sure similar violations didn’t occur in the future.

Another casino, Isle of Capri Bettendorf, saw its own fine for underage gambling.  The venue was only charged $10,000, but this might be due in part to the puzzling, almost comical, nature of the incident.  The casino had turned away a minor twice for trying to get onto the gaming floor, but the boy’s mother, Danielle Skrogstad, eventually distracted security and the 17-year-old made it in.  Then, she reportedly tried to extort money out of the casino for allowing a minor onto the gambling floor.  The mother was arrested and convicted of contributing to the delinquency of a minor.