They say that money talks, and that proved to be the case on Wednesday when BetMGM anno 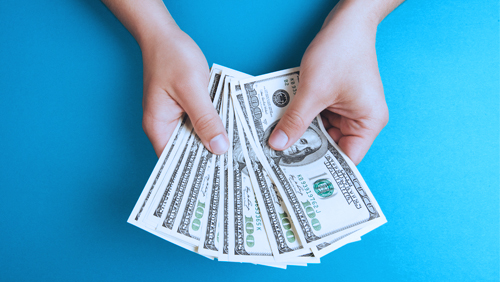 unced that they were changing their line on Super Bowl LIV after a $550,000 wager was placed on the Kansas City Chiefs to win football’s biggest game. That move prompted a change in the line from the Chiefs by 1.0 to them being favored by 1.5.

In a statement provided by Jeff Stoneback, director of trading operations for MGM Resorts International, he explained that a bet for $550,000 was placed on Kansas City when they were favored to win by 1.0. If he wins, he will receive $500,000. He added that once that wager was placed “That forced us to move it” speaking about the line.

Earlier in the week, Stoneback was adamant about not wanting to move the line. He was expecting that a lot more money would be bet on the 49ers later in the week after the first two six-figure bets were placed on the Chiefs. Those amounts were for $150,000 and $200,000.

However, the more than half-million-dollar bet changed the dynamics, forcing MGM to change the line. They had set Kansas City as 1.0 favorites following the two conference championship games, but the third big bet changed things.

Stoneback is expecting things to change again, however. He said that “I expect some San Francisco money to come in later this week,” which should help to even out payouts. He added that the new line should be the last adjustment made on the contest, concluding, “I can’t see us going to 2 or a pick ‘em.”

One other wager has made big news. A recent wager of $28,000 was placed on the under for 2.5 players making a pass attempt on the contest. If he or she should win, they would earn $20,000. The under is the favorite for this bet, as odds were placed at -140. This was the first five-figure bet taken by MGM on a prop bet for this year’s Super Bowl.

For this person to win the bet, only starting quarterbacks Patrick Mahomes and Jimmy Garoppolo would have to make pass attempts during the game. This would mean that no trick plays were used where a running back or wide receiver would throw the ball, and it also means that both quarterbacks would not get injured or leave the game due to ineffectiveness.