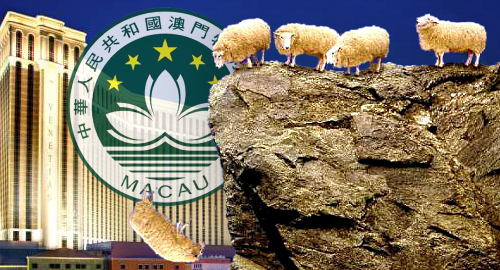 Macau had a rough year in 2019, and a slow decline in VIP play had something to do with that. That taken into account, it’s no surprise that junket operations continued to decline, falling 5% to 95 total, Macau Business reports.

These new figures come care of the Gaming Inspection and Co-ordination Bureau (DICJ), which published the figures in their Official Gazette. This new total of 95 junkets falls from 100 at the end of 2018, which itself was a drop from 109 the year before.

This decline may not be great for junket operators or Macau concessionaires, but it does make one junket insider look pretty smart. In February 2018, Kwok Chi Chung, president of the Macau Association of Gaming and Entertainment Promoters, predicted the junket sector would continue to shrink, predicting the U.S.-China trade war, a lack of smoking lounges, and a shift to mass market gaming would reduce junket revenues.

Most of those fears came true, as Macau struggled hard in 2018 to build on its revenues. Gaming revenue fell 3.4% year over year as VIPs struggled to get the credit they need to gamble, and a shift to mass market players didn’t happen fast enough to continue solid growth. While analysts hoped 2020 would be better, the outbreak of the coronavirus has already crushed tourism numbers, and hopes for growth.

That’s not the only reason junket numbers are falling though. New regulations, designed to keep junket operators honest in how they raise funds, could strangle even more players out of the business. The DICJ started talking about these regulations in October 2019, but new rules have yet to be put in place, and there’s no clear timeline for when they will be.

As Macau continues to face every possible hurdle it can to growth, the decision to actively discourage junkets could prolong the hard times even longer. New regulations to discourage unethical behavior could be necessary, but it’s just one more thing for Macau’s businesses to bear while nothing else seems to be going right.