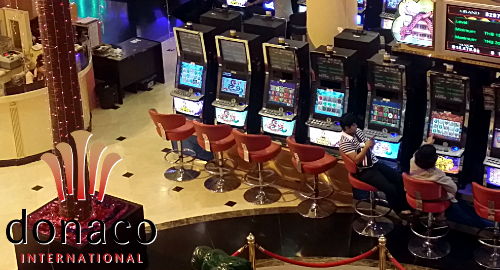 Asian casino operator Donaco International said the month of December treated its gambling operations like Santa Claus treats naughty children but things got back on track in January.

On Friday, Donaco issued a trading update on its financial performance over the last three months of 2019. But first, Donaco noted that the Australian Securities Exchange had required the company to file a quarterly cash flow statement, due to Donaco having previously revealed a net working capital deficit.

Donaco dutifully filed papers confirming that it is cash flow positive from operations, as it claims to have been since it listed on the ASX seven years ago. Furthermore, Donaco said the whole nonsense was due to its protracted legal fight with a former Thai vendor at its Star Vegas property in Cambodia over debts that Donaco maintains are “not payable.”

At any rate, Donaco said its flagship Star Vegas property reported VIP gambling turnover falling nearly in half from Q4 2018 while VIP win was up and down, from an outsized 4.54% in November to 3.06% in December, averaging 3.48% for the quarter. Star Vegas’ overall revenue fell by one-third to THB282.4m (US$9m) while earnings were cut in half to THB97.3m.

Star Vegas is also “feeling the impact of increased competition” in the Poipet area from both legal and illegal operators, the former including the new Galaxy Plaza, which opened last May (and has no connection with Macau’s Galaxy Entertainment Group). The property’s average daily visitation was down 16.2% for the quarter.

Donaco offered no comment as to how Star Vegas’ erstwhile online gambling operations performed in their final months of operation. The online unit only got underway in August 2018 but all Cambodian casinos were forced to halt online operations on January 1 following a directive from the government.

Donaco’s Aristo International Hotel in northern Vietnam bucked the trend by reporting VIP turnover rising 47% but win rate slipped to 1.73% — thanks to a truly abysmal December win rate of just 0.12% — which pushed the property’s revenue down to $2.15m while earnings fell to just $300k.

Last October, Donaco announced plans to rebrand its operations as Pan Asian Leisure Ltd but this brand refresh was rejected at the company’s annual general meeting last November. The proposal achieved the support of only 65% of Donaco shareholders, below the 75% required for a special resolution to pass.