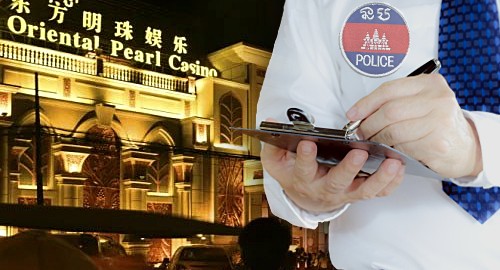 On Wednesday, the Khmer Times quoted Ministry of Finance official Ros Phearun saying all of the 91 casinos in the country that had been offering online gambling had ceased those operations as of January 1, in accordance with the directive issued by Prime Minister Hun Sen last August.

Phearun said a joint committee consisting of government officials, police officers and military police had conducted inspections of all 91 casinos since the online gambling license revocation took effect. These inspections will continue for the foreseeable future to ensure that no casinos attempt to restart their online offering once the media focus shifts.

Phearun said there were now 118 licensed casinos in Cambodia, a significant reduction from the day before Christmas, when Phearun stated that there were 141 casinos. Around 70 casinos were based in Preah Sihanouk province but by December 31 Phearun told Reuters that there were now only 36.

Yov Khemara, director of Preah Sihanouk’s labor department, said that 33 local casinos had suspended their operations following Hun Sen’s August directive and another 22 casinos had shut down completely. Countrywide, around 7k individuals are believed to have lost their jobs after news of the online gambling ban circulated.

Those 7k lost jobs pale in comparison to the 447,676 Chinese nationals that Cambodia’s General Department of Immigration claim left the country following August’s online gambling directive. In September, Chinese officials had dismissed claims of an exodus, saying the number of fleeing ex-pats was only around 5k.

Phearun said this week that some of the casinos that were still open were taking a wait-and-see approach for “one or two months to see if they can make earnings” without online gambling revenue. Phearun doesn’t hold out hope that many of these shaky operations will make it, saying the government “believe that more casinos will cease their businesses.”

Or go underground. Some local activists believe many online gambling operations will simply move from casinos to rented houses or other nondescript venues. The authorities have also been urged not to limit their inspections to Sihanoukville and Phnom Penh but to also keep a close eye on the special economic zones on the country’s borders with Vietnam and Thailand.

Cambodia’s online gambling ban was widely viewed as a favor to China, on whose citizens most of the Cambodian online gambling operations relied for customers. China has been pressuring other Asia-Pacific nations to follow Cambodia’s lead, but so far no country has been willing to go the whole hog.