The Australian Poker Open has kicked off at the Star Gold Coast, and the first winner is in the books, with Mike ‘Sir Watts’ Watson mopping up the event for a A$177,000 top prize. 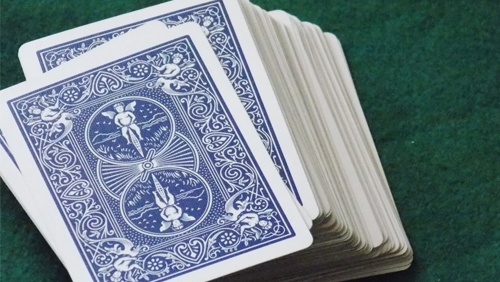 With 59 total entries, the first event of the High Roller series was well attended, with players such as Andras Nemeth, Ben Shannon, Jamie Lee, Michael O’Grady, Orpen Kisacikoglu as well as Watson himself making the final six.

That wasn’t where the cashing began, however, with Luc Greenwood, Ben Lamb and Elio Fox cashing in 9th, 8th and 7th respectively to set up that final half-dozen.

Watson spoke to Poker Central after the tournament, in which he had claimed his first major title since he took down the 2016 PokerStars Caribbean Adventure Main Event for $750,000

“I’m thrilled to have won it,” he said, “Especially in these series it’s great to get off to a good start and set the tone, get your confidence high, and try to make a run for that player of the series title. It’s also the first live event I’ve won a little while, so that monkey’s off my back.”

When six players convened at the official final table, it was Hungarian player Andras Nemeth who departed first, his all-in with pocket deuces unlucky not to duck a premium hand, Michael O’Grady’s pocket aces being well ahead and staying there through the board to reduce the field to five.

Jamie Lee busted in fifth, and he was short-stacked when he did so, moving all-in with a suited jack-nine only to be called when Watson shoved to isolate with ace-queen. The two aces across flop, turn and river sent Lee out of the door and it would be a while before anyone else left the table.

It was the Turkish player Orpen Kisacikoglu who eventually missed out on three-handed play, his river bluff called by the eventual winner Watson, who made made a flush with the card on 5th street. When local player Ben Shannon, who had qualified via a A$250 satellite, busted in 3rd place with ace-deuce shot down by Grady’s call when the former player was down to just a few big blinds, the heads duel was set up.

O’Grady and Watson both went through periods where they had both the bigger stack and the momentum heads-up, but the topsy-turvy twosome eventually saw the contest decided when Watson, who held the chip lead, called O’Grady’s shove, with Watson dominated with queen-ten against O’Grady’s king-ten. Broadway on the river saw Watson the only man left in his seat and the long wait for his latest major title was over.

If ‘Sir Watts’ can hold onto his points lead all the way through this inaugural Australian Poker Open, he’ll pocket an extra A$100,000, and he’s made the very best start.